DSS Reacts To Alleged Rearrest Of Sowore In Court, Denies…

BREAKING: INEC Refuses To Issue Certificate Of Return To…

BREAKING: Fears And Tension In The South-East Following Bomb Explosion That Killed 3 On The Spot, Leaving Many Seriously Injured – See Photos 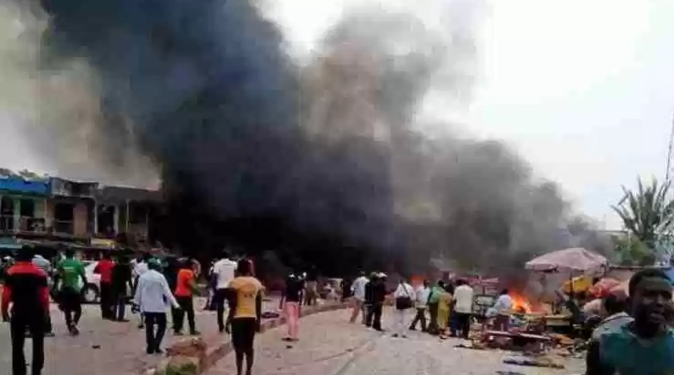 The Police image maker also gave the names of the victims, as Elvis Ukado; Kasiemobi Uzoma and Justice Adie.

He briefly narrated that “It was as an unexploded ordinance in a scrap dump, adding that “One of the victim while beating the scrap iron in order to compress it, the bomb exploded killing three of them at the scene as at the time of the incident.”

Orlando also confirmed that, at press time, that the Imo State Commissioner of Police, Rabiu Ladodo, and his team had visited the bomb explosion scene at Oguta.

He added: “The Commissioner of Police wish to use this medium to warn all member of the public to promptly report any metal device suspected to be unexploded ordnance or explosive, UXO, for possible examination, evacuation and possible destruction.”

An eyewitness from the community, who also confirmed the development said that the explosion affected people around the scene due to the violent wave of the bomb.

LEAKED: The Documentary That APC Wouldn’t Want Nigerians To See That Led To The Closure Of AIT – See Video