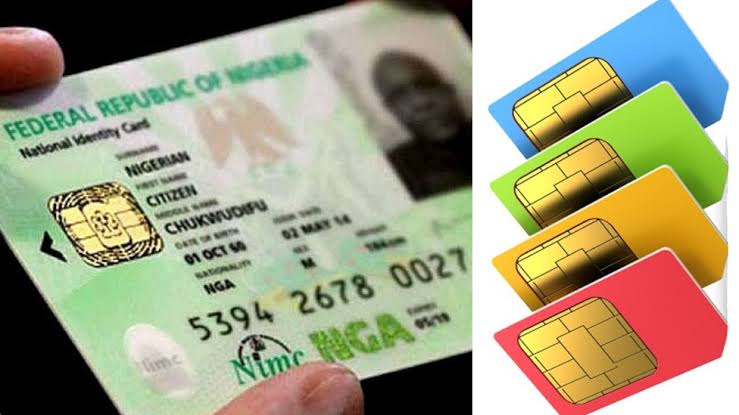 This is contained in a statement jointly signed by Ikechukwu Adinde, director of public affairs at the Nigerian Communications Commission (NCC), and Kayode Adegoke, head of corporate communications at the National Identity Management Commission (NIMC).

The deadline was shifted from the previous date of June 30, 2021.

The decision to further extend the deadline was made based on a request by stakeholders on the need to consolidate the enrolment and NIN-SIM verification process following the rapid increase in the number of enrolment systems across the country.

ALSO READ:  Has he been killed or Poisoned? — Family, lawyer asks as DSS deny them access to Nnamdi Kanu

The statement noted that there are now a total of 57.3 million unique NIN enrolments, with an average of three to four SIMs per NIN.

“As at June 28, 2021, a total of 5,410 enrolment systems are now available across the country and this would significantly ease the NIN enrolment process and subsequent linkage of NIN to SIM. It is worthy of note that there were only about 800 such enrolment systems as at December 2020,” the statement reads.

ALSO READ:  2023: There'll be no election in southwest, Yoruba will go — Igboho

“The Federal Government has approved the extension as part of its efforts to make it easier for its citizens and residents to obtain the NIN and it is important to take advantage of the extension.

“There are now a total of 57.3 million unique NIN enrolments, with average of 3 to 4 SIMs per NIN. With the great number of enrolment centres across the country, every citizen and legal resident should be able to obtain their NINs.”

It quoted Isa Pantami, minister of communications and digital economy, as saying, on behalf of the federal government, he appreciated Nigerians for their patience and compliance with the directive on the NIN-SIM registration exercise.

Umar Dambatta, executive vice chairman of NCC and Aliyu Azeez, director general of NIMC were said to have urged citizens and legal residents to make sure they use the opportunity to complete the process of enrolment and verification.

‘Be proud of Nigeria’ — UN tells youths, warn against agitations