Breaking: US, UK, EU, Others Mount Pressure on Buhari Over… 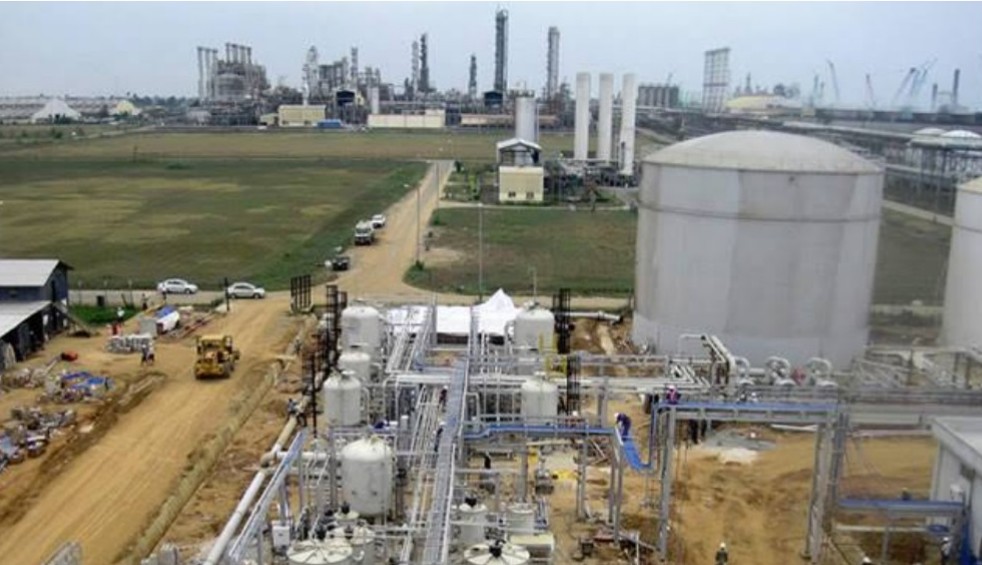 SAHARANEWS – The Federal Government has reiterated its support for the $12bn Dangote Refinery and Petrochemical through feedstocks and off-takers of products to add value to the nation’s economy.

Mr Timipre Sylva, the Minister of State for Petroleum Resources, made this known during the tour of the refinery project in Lagos on Sunday.

Sylva said that Dangote Refinery and Petrochemical was a testament that the country possesses an enabling environment for businesses to thrive.

He said that Federal Government would support Dangote in the areas of feedstocks and off-takers in terms of gas and crude oil.

The minister said that it was subject to the government’s discussion with Dangote on areas of support.

“This is one of the most impressive projects I have ever seen in Nigeria done by Nigerians. It is a very encouraging development.

“For us as government, we have resolved to support this project,” he said.

Sylva added that the success of the project so far would boost investors’ confidence in the country’s oil and gas project.

He also implored Nigerians to support the refinery project with a view to ensuring that it creates more value addition to the nation’s economy.

“It beholds on every Nigerians to support these gigantic projects, which is the pride of our country.

‘‘For an individual to embark on such project of magnitude, it will be a wrong thing if the government and people of Nigeria do not give him maximum support.

“You have demonstrated patriotism in investing wisely in the sector. l urged others to follow suit to invest in Nigeria.

“We will still continue to churn out policies that will help stimulate growth in the sector,” he said.

The minister said the Federal Government would ensure that the 12 billion dollars Dangote refinery was adequately supported to fast track its completion.

Also, Mr Mele Kyari, NNPC GMD, said: “We are not competing with Dangote, but complementing each other to boost production capacity.

“Our objective is the same, to make Nigeria a net exporter of crude. We can’t do this until we have complementary activities between the private sector and government.

“We are working seriously to ensure that our refineries work so that by the time Dangote comes on stream, it will complement each other to make Nigeria net exporter of gasoline and other associated products.

“ln the next five years, Dangote will add 650,000 barrels, government with 445,000 barrels with other companies coming up to boost capacity,” he said.

In his remarks, Alhaji Aliko Dangote, President, Dangote Group, said: “We believe in Nigeria, and if we don’t do it by ourselves, nobody will come down to do it for us.

“There is three percent growth population increase annually in Nigeria, so, apart from that, Nigeria is supposed to meet the needs of West, East and Central Africa in terms of supply.”

Similarly, Mr Devakumar Edwin, the company’s Group Executive Director, Strategy, Capital Projects and Portfolio Development, said the capacity of the refinery was comparable to 22 percent of the existing refineries in Nigeria.

Edwin said that the asset created market for 11 billion per annum of Nigerian crude and could meet 100 percent of the Nigerian requirement of all liquid products.

He said that Nigeria was Africa’s largest crude oil producer, but lacked refining capacity to meet its fuel needs.

“The Dangote refinery, which is designed to maximise petrol output, will produce enough to allow for a small surplus of that fuel for export.

“It will also be able to send a large volume of diesel and jet fuel to international markets.

“We are confident that we can meet 100 percent of the requirement of the country; so, the balance will go for export,” he said.

He disclosed that Dangote refinery planned to take advantage of the local crude supply, saying that it would not participate in the crude-for-fuel swap deal being managed by NNPC.

“We are going to buy the crude just at the export price and will sell our products at the import price; the crude swap is operating only for the importers of the product.

“The new refinery has been designed to process varieties of crude from sweet to light crude sourced both locally and abroad.

“Dangote plans to export its diesel to Europe and gasoline to Latin America, Western and Central African markets,” Edwin said.

He said that evacuation of refined products would be through the sea and road.

“We are thinking of investing in vessels. We want to make sure we are not held for ransom by any transport operators.

“Africa’s largest oil refinery had revealed that it would deliver its fuels to Nigerian consumers via road and sea ports, and will effectively replace all Nigeria’s fuel imports once fully operational.

“Congested ports and dilapidated roads led some to expect that the company would build a pipeline or other method of getting its fuel to consumers.

“Fuels will go via ‘shuttle’ boats to Nigerian cities like Warri and Calabar, and those other deliveries would go in trucks,” he added.