In a bizarre fashion, the Federal Government has thrown a huge carrot at the Miyetti Allah Cattle Breeders Association of Nigeria, MACBAN, by offering it N100 billion over two years to stop kidnapping in the country.

The Federal Government delegation was led by the Minister of Interior, Abdul-Rahman Dambazau, and met with MACBAN leaders on Friday.

It was a closed door meeting which lasted for over five hours as monetary negotiations according to a source dragged on until N100 billion was accepted.

MACBAN had said it would take nothing less than N160 billion.

But briefing news men after the meeting the exhausted Minister said, the “gathering is part of steps we have taken to tackle insecurity and clashes between herdsmen and farmers.”

“You should not forget the fact that we have extended the meeting as a regional one when the Economic Community of West African Countries hosted a conference on this.

“These issues were discussed, and part of the dialogue was to provide a national action plan on security challenges and solutions by all members of the ECOWAS commission, and to present it to the commission for consideration.

“That is the main reason we have come to Kebbi State, to dialogue with leaders of herdsmen as part of the process,’’ Danbazzau said.

Herdsmen have been on rampage since 2015 at the ascension of Mr Muhammadu Buhari as Nigeria’s President pillaging, sacking, rapping and kidnapping for ransom which always lead to deaths.

The killings associated with the fulani herdsmen led to the group designation as the fourth most dangerous and deadly terrorist group in the world by the World Terrorist Index.

Also at the meeting was the Acting Inspector General of Police, Alhaji Muhammad Adamu, who few days ago gave a grim picture of the havoc being wrecked on Nigerins by the herdsmen.

While nothing that over one thousand people had been killed and a lot more kidnapped in Kaduna, he noted in Bernin Kebbi that, “The criminals have infiltrated the crisis, and we should cooperate and deal decisively with the culprits, hence we called for this interaction.

“Those criminals that are beyond redemption, will be dealt with and brought to book,” Adamu said.

On his position, the State Governor, Atiku Bagudu, said hosting the meeting in his state “shows the seriousness of President Muhammadu Buhari’s administration in tackling the security challenges in the country.”

Responding, the President of MACBAN, Alhaji Muhammad Kiruwa, said, “This is the first of its kind in the history of this country, for the president to direct his security aides to interact with an aggrieved party to air its views.

“This meeting will serve as a foundation for peace between the Fulani herdsmen and farmers; and among the Fulanis themselves,” Kiruwa said.

News Agency of Nigeria noted that other members of the Federal Government delegation at the meeting include: Alh. Yusuf Bichi, Director-General (D-G) Department of State Security Services, Alh Ahmed Rufa’I, D-G, National Intelligence Agency; among others.

The Return Of Nnamdi Kanu For Mother’s Burial May Trigger Off... 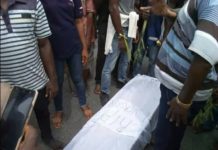 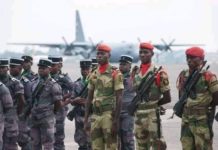 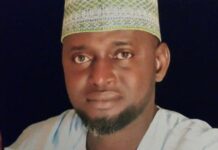