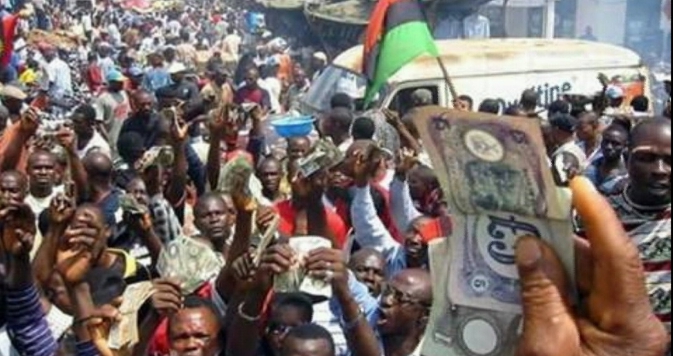 SAHARANEWS – The federal government of Nigeria has embarked on seeking International help to stop the agitation for Biafra.

Government had proscribed the Indigenous people of Biafra (IPOB), but the proscription failed after the international community refused to recognize the group “a terrorist group” as government alleged.

According to the source, the federal government is also moving to sponsor a bill seeking life imprisonment for anyone who is involved in activities that threaten the country’s unity. These activity include separatist agitation like that of the Indigenous people of Biafra.

The source also revealed that Nigeria’s police commissioner, Ibrahim Adamu, has ordered the police divisions in the south-east and south-south to resume clampdown on members and activities of IPOB.

Meanwhile, Nnamdi Kanu, leader of the Indigenous people of Biafra, has been touring the world where he has been meeting with members of IPOB and elders of the old eastern region, and also with members of the international community as part of sensitization and diplomatic movement for Biafra.

ALSO READ:  BREAKING: Insisting On RUGA Is A Move That Will Finally Break Up Nigeria - N'Delta Chieftain