The Only Thing Ronaldo is ahead of Messi is the… 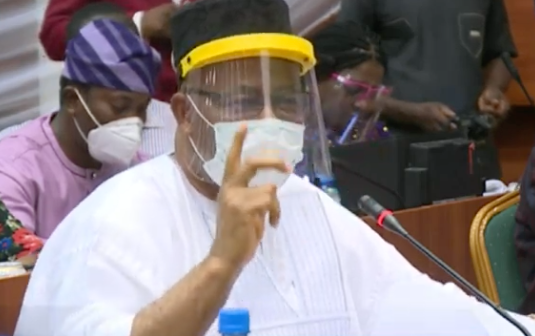 SAHARANEWS – Minister of Niger Delta Affairs Godswill Akpabio has named some members of the National Assembly who were awarded contracts by the Niger Delta Development Commission (NDDC).

Former Chairman, House of Representatives Committee on the NDDC Nicholas Mutu who represents the Bomadi/Patani Federal Constituency of Delta State is among those linked by the minister with contracts.

Mutu is currently facing charges of alleged abuse of office and fraud involving about N320 million at the Federal High Court in Abuja.

Akpabio, however, did not specify if the lawmakers were directly awarded the contracts or they nominated the projects under their Zonal Intervention Projects, also known as constituency projects, The Punch reports.

The minister, however, did not provide the cost of the projects listed against the lawmakers’ names, while the cost of contracts given to non-lawmakers had costs of various projects attached to them.

Akpabio also sent the list to the Attorney General of the Federation and Minister of Justice, Abubakar Malami.