Dangote Reacts To Influx Of Almajiris In The South East,… 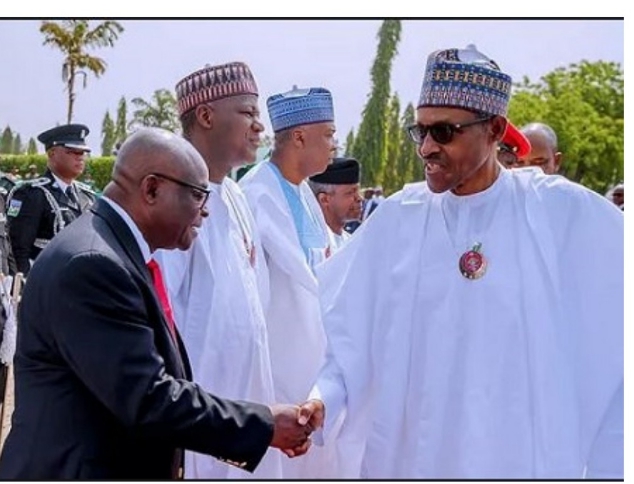 SAHARANEWS – Report at our disposal says the embattled Justice Walter Onnoghen has resigned as the Chief Justice of Nigeria (CJN).

SaharaNews learnt that on Thursday evening, April 4, a day after the National Judicial Council (NJC) recommended that he should be compulsorily retired for misconduct, Justice Onnoghen turned in his resignation letter to President Buhari.

By virtue of section 306 of the 1999 constitution, his resignation takes immediate effect.

Section 306 says “(1) Save as otherwise provided in this section, any person who is appointed, elected or otherwise selected to any office established by this Constitution may resign from that office by writing under his hand addressed to the authority or person by whom he was appointed, elected or selected. (2) The resignation of any person from any office established by this Constitution shall take effect when the writing signifying the resignation is received by the authority or person to whom it is addressed or by any person authorised by that authority or person to receive it.”

ALSO READ:  (VIDEO) See How Buhari Celebrate The Swift Judgement Of The Supreme Court That Validates His Presidency

As SaharaNews understands, the resignation, was the “best possible option” for Onnoghen under the current circumstance.

It will also save Buhari from having to get two-thirds majority of the senate to confirm Onnoghen’s retirement as stipulated in Section 292 (1) of the 1999 constitution which says a “judicial officer shall not be removed from his office or appointment before his age of retirement except in the following circumstances – (a) in the case of – (i) Chief Justice of Nigeria… by the President acting on an address supported by two-thirds majority of the Senate.

ALSO READ:  Oshiomhole threw one of his factual missiles at the camp of the Obidients.(VIDEO)

JUST IN: Sen. Dino Melaye In Fresh Trouble As Witness Claims He Damaged 2 Police Vehicles While Attempting Escape From Custody