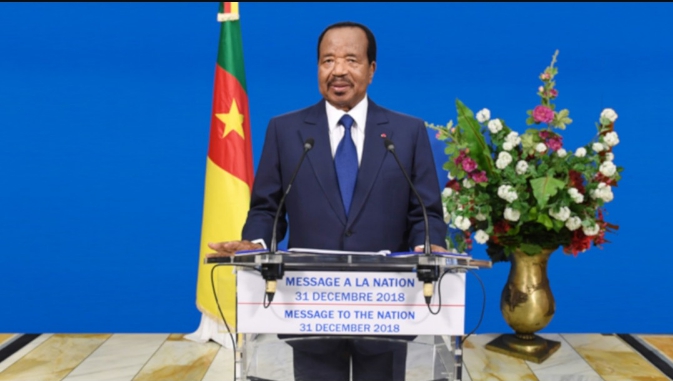 SAHARANEWS – The Head of State Paul Biya is ready to open a genuine dialogue to end the crisis rocking the North West and South West regions of Cameroon, Prime Minister Joseph Dion Ngute has revealed.
This is one of the major revelations by Joseph Dion Ngute in Bamenda today as he begins a four-day mission in that part of the country.

The Head of State will organise a “meeting” where all political problems will be tabled except secession and separation, Joseph Dion Ngute revealed.

Kicking off his peace-seeking mission to Bamenda on Thursday, Joseph Dion Ngute said the Head of State has heard the cry of the people in these regions and has sent him to bring a meassage of peace to the people.

Joseph Dion Ngute who was welcomed by a group of wailing women on Thursday morning said the time had come for Cameroonians to give peace a chance and called and all persons of goodwill to express themselves so that lasting solutions could be found.

He urged all those who in the bushes to drop their weapons and said they will be taken care of by the Disarmament, Demobilization and Reintegration Committee.

“The Head of State instructed me to come to the North West region with a message of peace and reconciliation to the local population affected by acts committed by some of our youths” Joseph Dion Ngute said.

“He asked me to tell them that they are still part of the Republic and don’t have they right to deprive themselves of education as they are doing, they don’t have to inflict sufferings on the local population, ghost townd, kidnapping for ransoms should not be the order of the day,” he said.

BREAKING: Oshiomhole Ordered DSS To Push Okorocha Out Of His Office, SEE What Happened Next

BREAKING: Reporter asks KariLake if she will be Trump’s VP, gets absolutely BLOWN…