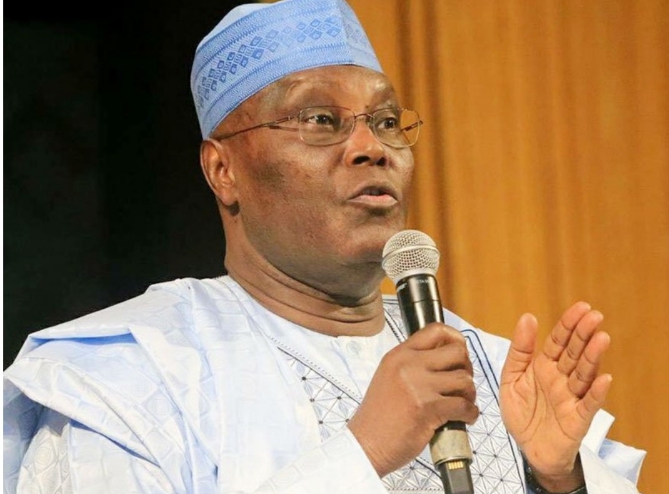 SAHARANEWS – Following the claim by the All Progressives Congress, APC, that the presidential candidate of the People’s Democratic Party, PDP, Alhaji Atiku Abubakar is not a Nigerian, the party (PDP) has revealed facts about Atiku’s origin.

SaharaNews recalls that APC had on Friday filed a motion at the Presidential Election Petition Tribunal in Abuja by its lead counsel, Lateef Fagbemi faulting the candidacy of Atiku in the election, claiming that Atiku is a Cameroonian and not a Nigerian citizen.

APC, hence stated that the former Vice President petition against President Muhammadu Buhari, its own candidate, should be dismissed for lacking in merit.

But, the spokesperson for the Peoples Democratic Party (PDP) Presidential Campaign Council, Mr Segun Sowunmi, speaking journalists on Sunday said the claims by the APC that Atiku is not a Nigerian was just part of the acts of the ruling party to distract the former vice president from reclaiming his mandate.

He wondered how APC could come up with such an allegation when Atiku is the Waziri of Adamawa, adding that he was a top Customs officer for more than 20 years before he retired.

Sowumi said “Atiku Abubakar has been the former vice president of this country and I think that when this kind of issues come up, you begin to query who exactly and what exactly is the geographical expression of Nigeria

“Most Nigerians know a lot about Atiku’s background and everything about the former vice president is that of Nigeria.

“In actual fact, Atiku’s grandfather is from Sokoto.

“Atiku is a Nigerian; he’s the Waziri of Adamawa. He is former vice president, former governorship candidate and I think that every territory of Nigeria is a Nigerian territory.

ALSO READ:  Afenifere Join IPOB To Shut Down Nigeria For One Month

“Atiku is one of the citizens of the country, Nigeria. Atiku has been the former vice president of this country, GCON. When these kinds of issues come up, you even begin to query who exactly and what exactly is the geographical expression of Nigeria.”

He added that the PDP candidate was one of the citizens of the country, stressing that Nigeria has 36 states and the Federal Capital Territory, and Adamawa was one of them