JUST IN: Nnamdi Kanu Finally Nail APC, Reveals What He… 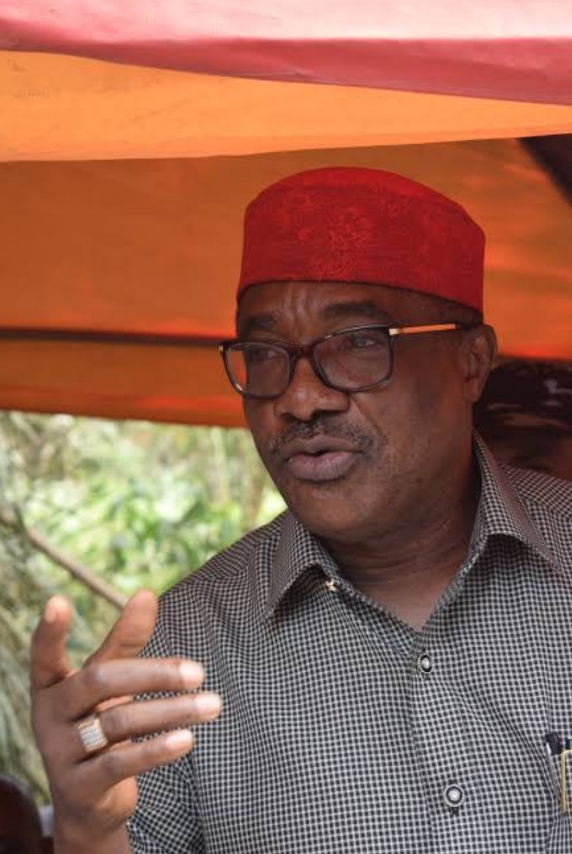 SAHARANEWS – The Senatorial Candidate of People’s Democratic Party for Abia North, Senator Mao Ohuabunwa has been arrested by the Nigerian Police.

SaharaNewscconfirm that Ohuabunwa was arrested over strong allegations of kidnap, rigging and destruction of result sheets during the National Assembly elections.

As at the time of writing this report, Sen Ohuabunwa is still at the State,CID umuahia making statements.

According to a source in the Police Force, Ohuabunwa may be paraded if he fails to answer questions which prompted his arrest.

Recall it was reported that Ohuabunwa risked been declared wanted on Thursday over failure to report to police invitation last week.

Before his arrest A reliable source in the force headquarters told SaharaNews that the report of the investigation conducted against Ohuabunwa on his alleged role during the concluded general election shows Ohuabunwa has questions to answer to the police, and may be declared wanted if he continues to disregard the invitation by the Nigeria Police.

Ohuabunwa had repeatedly denied that he was wanted by the Police over rigging and destruction of result sheets during the National Assembly elections.

He said there was no iota of truth in the rumor that the Police want to declare him wanted.

A statement by his media aide, Uche Okoli, accused his political opponents of sponsoring the rumour.

According to Senator Ohuabunwa, “those behind the rumour just want to use it as a smoke screen to divert attention from their obvious connivance in the breaches of the Electoral Act during the polls.”

ALSO READ:  EXPOSED:If Sheikh Gumi Was A Christian, Buhari Govt Would Have Condemned, Arrested Him For His Comments —CAN

SaharaNews will monitor the situation and bring you more details soon…