BREAKING! Fire On The Mountain!, Buhari’s Cabinet Dissolved, Directives Given To Ministers 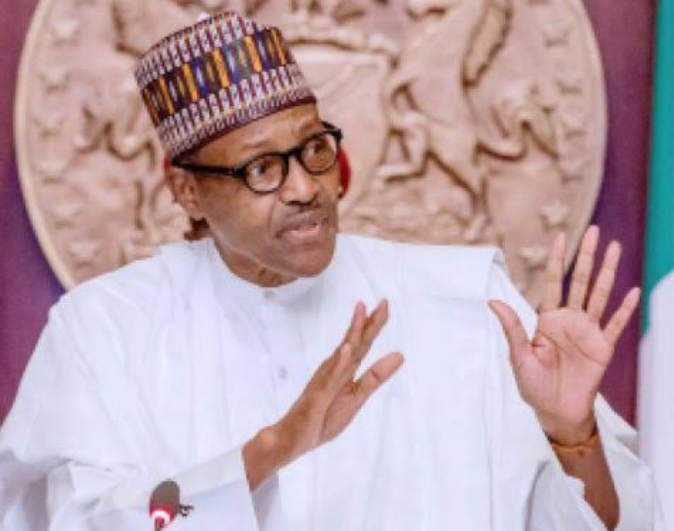 SAHARANEWS – President Muhammadu Buhari is set to dissolve his cabinet ahead of May 29 inauguration ceremony and transition to second term.

SaharaNews recalls that Buhari recently won a re-election on the platform of the ruling All Progressives Congress (APC) by defeating his closest rival, Alhaji Atiku Abubakar of the opposition Peoples Democratic Party (PDP).

In a statement issued on Wednesday, Buhari directed all serving Ministers to submit a comprehensive reports of their respective Ministries on or before April 24.

They are to submit such reports to the Presidential Audit Committee, office of the Vice President, Abuja.

They are also directed to submit all outstanding memos to Federal Executive Council (FEC) to the Cabinet Affairs Office, Office of the Secretary to the Government of the Federation, not later than Tuesday, 30th April, 2019.

The statement which was signed by Garba Shehu, Senior Special Assistant to the President on Media and Publicity and obtained by Igbere TV, reads;

“As the first term of the President Muhammadu Buhari administration winds down, the President has asked for a comprehensive “status reports on policies, programs and projects” from cabinet members on their respective ministries, departments and agencies.

“These reports have Wednesday, April 24, 2019 as the deadline for submission to the Presidential Audit Committee in the office of the Vice President.

“The circular also informed members that the “9th and 10th meetings of the Council have been rescheduled to Thursday, 25th April and Thursday, 2nd May, 2019 respectively” in view of the Easter break and May Day celebrations.”

In a related development, the President has issued a directive to the Customs Controller General, Hameed Ali, the Accountant General of the Federation and 12 other heads of agencies under the Ministry of Finance to submit their handover notes latest April 23.

The statement which was signed by the Minister of Finance, Zainab Ahmed, also directed permanent secretaries, heads of extra-ministerial departments and auditor-general of the federation to send in their handover briefs.

The Minister revealed that the development was to ensure a comprehensive handing over notes for the smooth and effective transition to the in-coming administration on May 29.

The handover notes she further revealed are to be prepared in soft copies, hard copies must as well contain lists of files under the custody of all the MDAs.