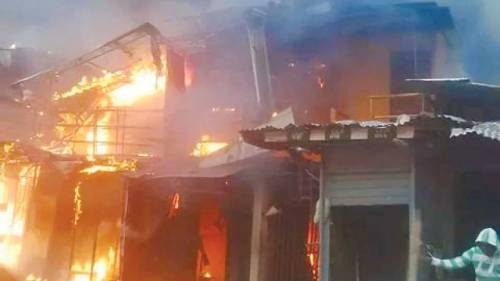 According to a statement released on Sunday by spokesperson of the Lagos State Police Command, Bala Elkana, the kuds were burnt beyond recognition.

Elkana said the children were locked inside an apartment without any adult around when the incident happened.

The police are investigating the cause of the fire.

XENOPHOBIA: South Africa Reacts To Protests And Moves Against Its Businesses In Nigeria