Where Is Osinbajo? Nigerians Reacts As Abba Kyari Takes Over… 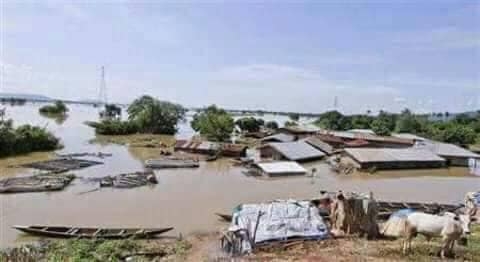 SAHARANEWS – The torrential rains experienced in Akwa Ibom state on Sunday claimed the lives of two persons who drowned in the resultant flood along Atiku Abubakar Way in Uyo.

The heavy rainstorm which occurred Sunday evening between 5:45 pm was accompanied by thunderstorm that terrorized the entire city leaving two bodies recovered from the gutter the following morning .

An eyewitness, Uduak Mbakara revealed that two unidentified corpses were found in the gutter around Atiku Abubakar lane by GWT fuel station .

ALSO READ:  XENOPHOBIA: South Africa Is Taking Advantage Of The Fraud In Aso-Rock To Kill And Insult Nigerians With Impunity - Fani-Kayode

She said the road was ravaged by flood over the years and had become impassable during the rainy seasons as motorists and tricycle operators always divert through adjoining streets such as Esuene, Ebetaya and other streets to by pass to Abak road and Akwa Ibom state Secretariat.

“The male and female corpses were recovered this morning in a gutter and the police was immediately informed to evacuate them,” she stated.

In a telephone interview , the police Public Relations Officer Supol Odiko Macdon confirmed the incident and disclosed that the two corpses have been taken to mortuary.

Macdon further disclosed that preliminary investigation revealed that the victims died of electrocution arising from fallen live electric poles which electrified the flood water causing the victims to be electrocuted.

“Preliminary investigation revealed that the victims were electrocuted because some fallen were found around the area giving impression that they died of electrocution but our investigations have not been concluded.”

BIAFRA: As Long As Your Demands Are Known And Recognized By International Laws, Israel will Continue To Be A Strong Advocate For Biafra Freedom – Israeli Envoy

Buhari salutes Lai Mohammed, say he has enhance and brought change to Nigeria