Fulani Herdsmen Will Resist Any Form Of Injustice From…

BREAKING: Flood Swept Away A Four-Year-Old In Lagos 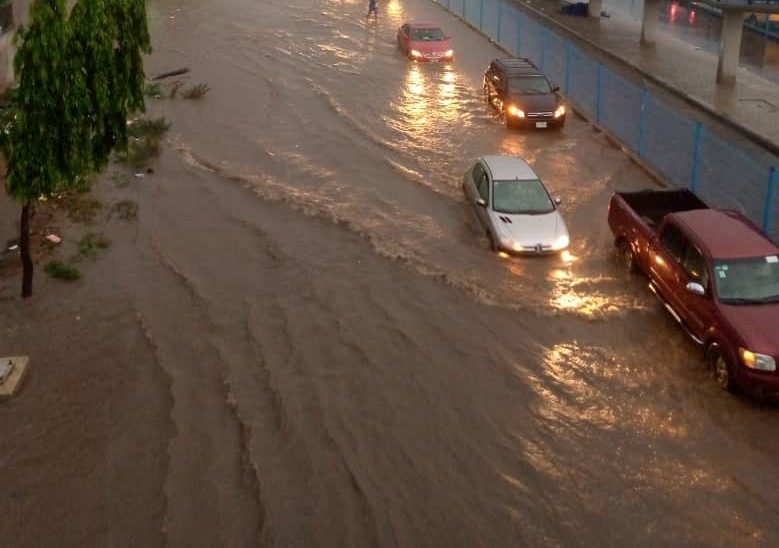 SAHARANEWS – A four-year old girl identified as Azeezat was swept away by flood in the early hours of Thursday, an official source confirmed.

The little girl alongside her family was trying to escape flood at their residence when she reportedly missed her steps and fell into a ditch covered by water.

Nosa Okunbor, the spokesperson of LASEMA, said a distress call was received about the flood incident at the address at about 10:30a.m and a joint effort with the National Emergency Management Agency (NEMA) was ongoing.

“Upon arrival of the LRT at the incident scene in the company of NEMA officials, it was gathered from residents that a four-year old girl named “Azeezat” fell into a flooded big ditch/gutter while escaping to safety with her family in the wee hour of the night after their compound was submerged by flood.”

Mr Okunbor said a post disaster assessment was carried out by LASEMA and NEMA and it observed that;

-There are barriers blocking the drainage channels in the affected areas leading to the canals at Aboru, Arugbanla and Iyana ipaja which could have also caused the flood from flowing away.

Efforts were still ongoing to recover the body of the victim, Mr Okunbor said..

Ibrahim Farinloye, the Acting Coordinator of NEMA, enjoined residents of Lagos State to look out for the body of the four-year old girl.

“Expectedly, the floodwater from Fashola Street runs through Aboru; Iyana Ipaja; Command in Lagos State; cross to Ota in Ogun State but end up at Agbara where the canal will discharge into the sea.

“NEMA and LASEMA have put resources together in recovery operations as soon as a distressed alert was received but the body has not been recovered.

“This necessitated the call on the people in these areas with credible information on the recovery of the body to call the attention of the emergency/security Agency in their area if they notice the body,” Mr Farinloye said in a statement.

He added that search and recovery efforts for the body of were still ongoing.