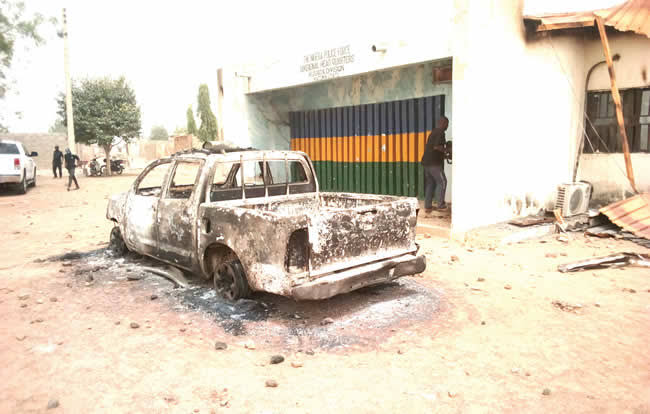 Three gunmen have reportedly been killed in a shootout with the police during an attack on Thursday night at Orlu in Imo State.

The gunmen burnt Orlu Police Station with the aide of explosives and petrol bombs, killing one police inspector.

Abattam noted that around 9.35 pm, the armed bandits, in their numbers attacked and threw explosives and petrol bombs on the roof of Orlu Police Station, damaging the roof and burning the station.

Mike also noted that the fire affected some of the vehicles on the premises of the station.

The command’s tactical teams on the ground engaged the bandits in a gun duel and due to the superior firepower of the police, the bandits were subdued, Abattam said.

“Three of the bandits were neutralised and their guns, one pump action gun and two locally made double-barrelled pistols were recovered while others escaped into the bush with bullet wounds.

“Unfortunately, a police inspector lost his life in the attack.”

‘Enough is enough’ — Ohanaeze barks over killings by Fulani herdsmen