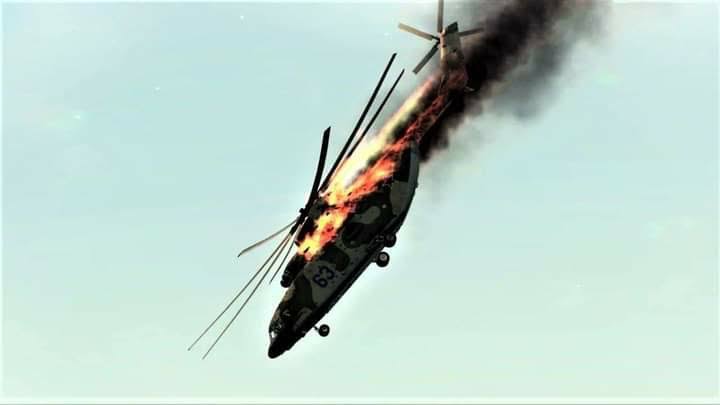 Troops of the Nigerian Army and military aircraft searching for Major Christopher Datong, abducted by bandits during an attack on the Nigerian Defence Academy in Kaduna State, are reportedly having a tough time, top military sources told SaharaReporters.

SaharaReporters learnt that apart from the unfriendly weather which makes the terrain difficult for the military Intelligence, Surveillance and Reconnaissance aircraft, the bandits are reportedly to be firing at approaching military aircraft.

“Of course, there are several groups of bandits, and no one is 100 per cent sure which group is holding the Major. You cannot bomb them because you want to ensure you do not destroy the victim with the suspects. The weather is also not helpful. They shoot at military aircraft if you fly too low. They shot at our aircraft, including these ones conducting the search. So, the guys searching from air are not able to search all day,” one of the sources said.

When asked if the military was negotiating the payment of ransoms, another source said, “That is unconfirmed. No bandit can approach the military for ransom. That is the height of death. We cannot think it not to talk of paying ransom,” he replied.

SaharaReporters had on Wednesday reported that the Defence Headquarters, Abuja was coordinating a search and rescue operation for Major Datong.

The DHQ, in a release by Maj Gen Benjamin Sawyer, the Director, Defence Information, had stated this.

“Let me use this opportunity, to reiterate that the NDA authorities, acting on the directive of the Chief of Defence Staff has constituted a board of enquiry to ascertain the remote and immediate cause(s) of the breach of security with a view to sanction any personnel found culpable and also prevent future occurrence.

“Let me also assure that we shall continue to update the general public as events unfold as we are all aware the search and rescue of the abducted officer is still on. Troops of the Armed Forces of Nigeria will continue with its operations to ensure all those involved in the dastardly act are brought to justice,” he had said.

SaharaReporters had earlier reported that Datong is still alive, according to a family source.

A family member of the officer had told SaharaReporters on Wednesday that contrary to reports, he had not been killed and he was still alive.

“He is still alive. I can confirm it to you,” the source told SaharaReporters.

The Nigerian Defence Academy, the military’s foremost training institution in the country, had confirmed that gunmen, believed to be bandits, invaded the facility, killed two officers and abducted one other.

The NDA Spokesman, Major Bashir Jajira, in a release, had noted that the Nigerian Army and Air Training Command as well as other security agencies in Kaduna state had commenced a “pursuit of the unknown gunmen within the general area.”

Nigerians are ungrateful, despite all Buhari did they want to make him look bad — Adesina