JUST IN : Publicly renounce Biafra or forget running with…

Why I Toppled Shagari Government – Buhari Says In New Year… 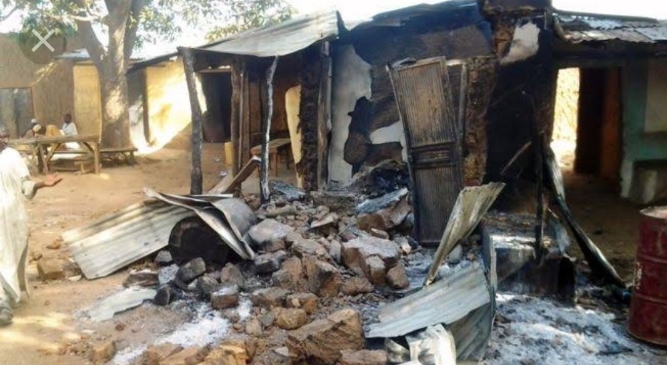 SAHARANEWS – At least 45 persons have been reportedly killed by suspected Fulani Herdsmen in Kware village of Shinkafi Local Government Area of Zamfara State about two days ago.

According to report, more than 4,000 people were seen trooping into Gusau, the state capital; seeking protection after the bloody attack.

According to some of the women, who spoke with our reporter in Gusau, the state has since been under serious attacks.

They, however, noted that they don’t even know where their husbands were as at the time of this report.

According to them, most of the businesses in the state were closing down due to irresponsible system of governance in both the state and the country.

However, when contacted, the Police Public Relation Officer, SP Muhammad Shehu, confirmed the report, saying that the security agencies were on top of the situation.

He submitted that combined security operatives have since been deployed to the affected areas, promising that the perpetrators would soon be brought to book.