Nigerians Are The Greatest Problem Of Nigeria – Femi Adesina

BREAKING: “Go Back To Your Radio And Reverse The Attack Order You Gave To Your Members Or….” – South-East Governors Threatens Nnamdi Kanu 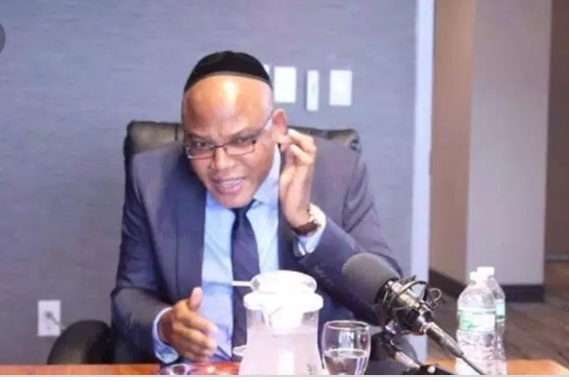 SAHARANEWS – South-East Governors have issued a stern warning to Nnamdi Kanu, the leader of the outlawed Indigenous People of Biafra (IPOB) over his threats to attack them and other South-East leaders abroad.

The Governors in a statement signed by its Chairman and Governor of Ebonyi State, David Umahi, said should Kanu make his threat real, they would by all means repatriate him back to Nigeria to face the wrath of the people.

Recall that Senator Ike Ekweremmadu was at the weekend attacked and assaulted at Nuremberg Germany where he was invited as keynote Speaker and special guest of honour at the occasion of annual new yam festival and convention of Ndigbo in Germany.

Few minutes after the attack, IPOB claimed responsibility in a press statement released by its spokesperson, Emma Powerful.

This was also followed by a broadcast by Kanu through the group’s radio in which he also corroborated the earlier statement and maintained that the Southeast Governors and other Igbo politicians must receive Ekweremmadu’s treatment any time they were seen in public abroad.

The attack on Ekweremadu by IPOB has received condemnation from all quarters and South-East Governors in the statement described the attack as a display of shame and ignorance.

The Governors said they have noted the threats of Kanu who they alleged is fighting for his self interest but pretending to be fighting for Ndigbo and would soonest expose him if he doesn’t retrace his steps.

They said if Kanu is serious let him direct his members whom he claimed live in over 100 countries to fight the foreign killer herdsmen in those countries.

They, however, assured the people of the region that they would continue to protect them against killer herdsmen and other insecurity and won’t be distracted by cheap talks.

The statement read: “South-East Governors are saddened with the ugly display and dance of shame by IPOB in Germany in attacking one of the finest leaders of Ndigbo, Senator Ike Ekweremmadu. We totally condemn it as we weep for them as they never knew the implication of their naked dance in public.

“We have also noted the empty threats by Mr. Nnamdi Kanu (a former ordinary Member of MASSOB) to attack Governors of South-East, Ohanaeze leadership and other Igbo politicians for not supporting the self-acclaimed supreme leader in his self-fight for the raw power and wealth while pretending to be fighting for Ndigbo.

“We wish to warn that should any Southeast person be attacked anywhere in the world, we shall, by all means, bring back Kanu to Nigeria to face the wrath of our people. It is madness for anyone who wants raw power with no experience to think that we Governors will support the killing of our people giving out our scarce land to herdsmen.

“If Kanu is serious, let him direct IPOB to fight those foreign killer herdsmen in their countries of origin since he claims the IPOB is in over 100 countries in the world.

“If Kanu who was previously in MASSOB but needed power and money wants Biafra and he is the self-acclaimed supreme leader, let him come back home with his army and guns to lead us to battle for the empire he desire to lead other than cheap talks. Soonest Ndigbo will know him better.

“We assure our people that we are doing so much to protect them against killer herdsmen and other insecurity problems. We have also been kidnapping and cultism in the Southeast to near zero level.

“We are highly committed to the security and well-being of our people and will never be distracted by cheap talks.”