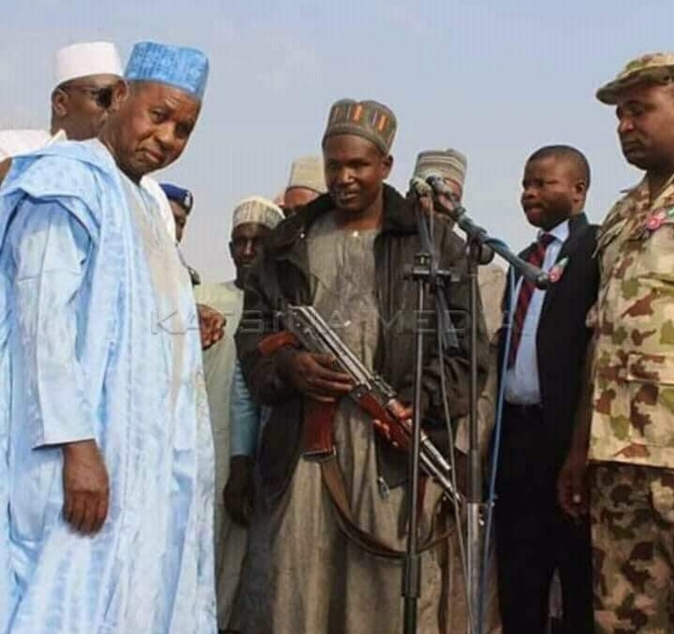 SAHARANEWS – The Kastina State governor has rewarded bandits and terrorists with juicy negotiations in the state, in a statement gathered by SaharaNews on Saturday , a political analyst , Mr Kalu Nwokoro stateted the governor has invited the bandits into government house for negotiations while peaceful protesters are being killed.

Terrorists And Bandits Are Now Winning The War.

Aminu Masari, the Executive Governor of Katsina State negotiating with terrorists that have killed thousands and kidnapped uncountable number of innocent citizens.

The ring leader was seen in the photo below brandishing AK47 Kalashnikov with temerity while an army commander stood by the side and watch the negotiation process.

Nigerians, is that the kind of country you want me to be proud of? A country where peaceful protesters are killed and bathed with acid while terrorists and bandits are being begged and compensated with millions of U.S dollars for killing, raping and kidnapping both hungry and rich civilians!

In fact, anybody in this platform that opens his or her mouth to call IPOB terrorists again will be automatically removed from this space. Despite the virulent nature of IPOB they haven’t attempted any of these nonsense that is going on in the Northern axis.