JUST IN: Atiku Condemns The Arrest Of Sowore By DSS

BREAKING:Ghana Choose to buy oil with gold instead of U.S.…

Your Allegations Of Nepotism, Muslim Marginalisation In ITF… 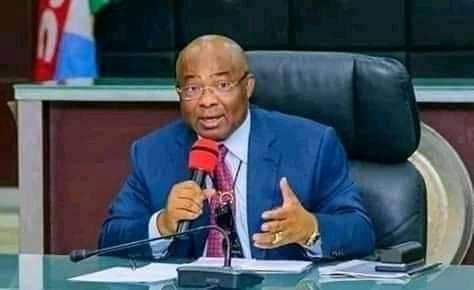 SAHARANEWS – The Executive Governor of Imo State, His Excellency Distinguished Senator Hope Uzodinma, has given approval for the immediate establishment of fifteen Almajiri schools in Imo State. The three senatorial districts are to have five in each of them.

This approval was given through a memo to the Imo State Universal Basic Education Board (IMSUBEB) dated Thursday, May 21, 2020. The Governor expressed satisfaction with the increase in the population of Almajiris in Imo State, and said the influx of Almajiris shows that the Government of Shared Prosperity has transformed Imo into the most attractive state in Nigeria.

The Governor also vowed to defend the unity of Nigeria with everything he has, and urged Imo people to see the Almajiris are their brothers and sisters, and to live in peace with them.

According to him, an Almajiri is a citizen of Nigeria and he can reside anywhere in Imo State, and if he wishes he can contest for public office. He further explained that the rationale for the Almajiri school program is to increase their capacity to participate effectively in all aspects of socio-political life in Imo State.

BREAKING: Health Sacked, Arrested Over Corruption In purchase Of ventilators

BREAKING: Bloodbath Averted As Soldiers Engages Police In A Violent Clash In Ebonyi