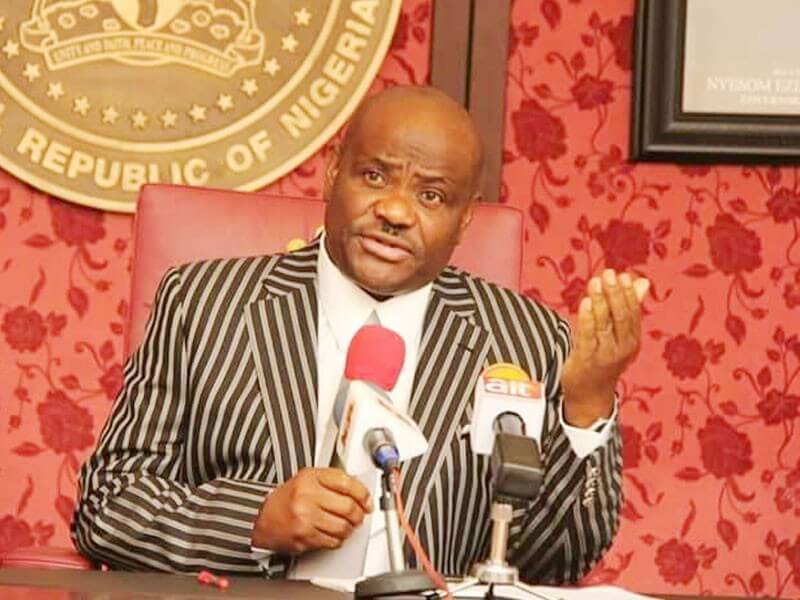 SAHARANEWS – GOVERNOR Nyesom Ezenwo Wike has warned promoters of ‘RevolutionNow protest’ to steer clear of Rivers state should they attempt to carry out the planned protest in the nation.

Rivers State Governor, Nyesom Ezenwo Wike launching Operation Sting at the Sharks Stadium in Port Harcourt on Friday
Wike in a statement yesterday in Port Harcourt ordered immediate arrest and prosecution of anyone who attempt to stage the said protest within Rivers state.

The governor declared, “Rivers does not subscribe to what RevolutionNow protest represents. Rivers is not part of the protest.
“All council chairmen are directed to be at alert. If they suspect any illegal gathering, they should report to security agencies for immediate action”.

He charged parents not to allow their children not to be lured into what he described as a march to participate in the illegal protest.

BREAKING: The Red Chamber Divided Over The Planned Reintroduction Of Rejected Water Bill