BREAKING: “Shoot To Kill Anyone Who Blocks My…

TENSION IN N’DELTA: If You Want War, You Will Get Full… 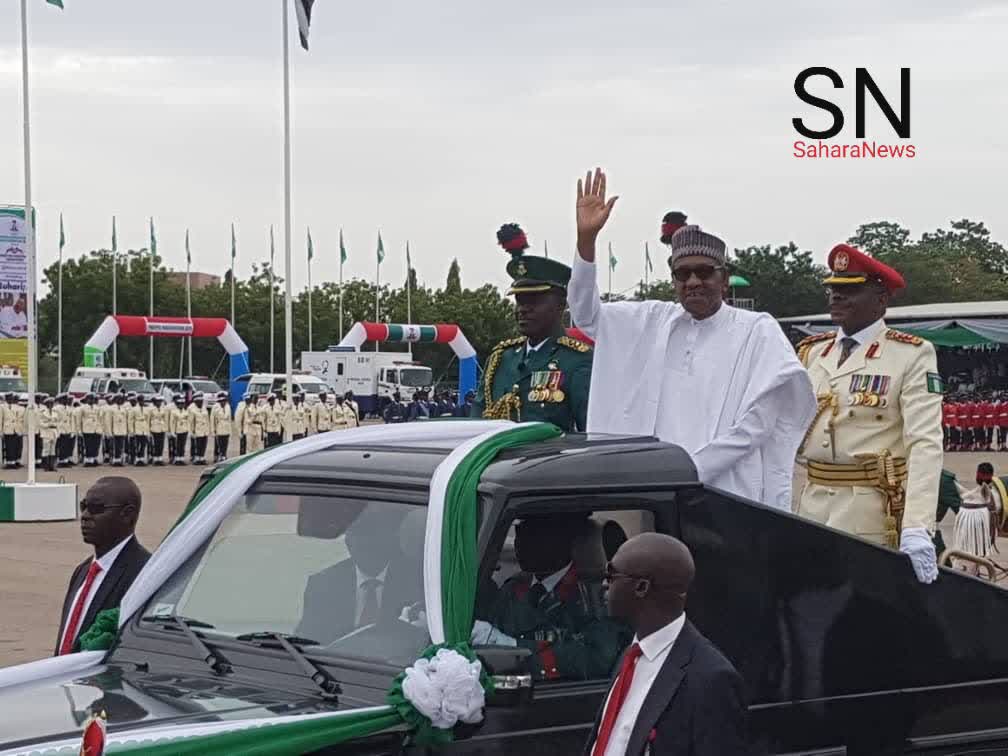 SAHARANEWS – The African Action Congress (AAC) has expressed its disappointment over the silence of President Muhammadu Buhari at his second term inauguration despite concerns by Nigerians about various issues in the country.

This was conveyed in a statement signed by Rachel Onamusi-Kpiasi, the Director of Media and Communications for the party.

Onamusi-Kpiasi said the disrespectful move is proof that the All Progressives Congress (APC) led by President Buhari had no real plans for the country and its citizens.

The statement reads: “Ask me no questions and I’ll tell you no lies – President Muhammadu Buhari started his second term as the president of the Federal Republic of Nigeria as he meant to continue: with no message of hope and nothing to offer the good people of this country.

“Yesterday, the elderly leader set a new record by being the first democratically elected leader in the history of Nigeria not to deliver an inaugural speech. The Take it Back Movement, led by Omoyele Sowore, believes this shocking silence to be disrespectful to Nigerians and further reflective of the non-existent plans that the APC-led government has for the country.

“Anyone holding out for change, next level or any level other than the one the country has found itself would have been met by silence yesterday. Silence at a time when the economy has plunged to unimaginable depths. No advice as lawlessness and terrorism reign supreme, and the criminals – those with guns and those in positions of power – escape unpunished. No words of comfort or encouragement as Nigerians are denied entry or rights abroad and denied respect at home. No stern words or promises of sanction or punishment for those who bleed the country dry and waste human lives at scale as people are denied security, access to healthcare, education or reliable infrastructure.

“We do, however, thank him for his honesty. The man who assured the nation four years ago that he “belonged to everybody and nobody” made it clear in his first term that he did indeed belong to a select few who did not serve the interest of the Nigerian masses.

“The flagrant disregard of a leader who has secured his second term and no longer has a need to keep up the pretense is not surprising to us at the Take it Back Movement, and we remain resolute in our stance: Nigeria must be liberated. We will continue to speak truth to power, educate the masses, and show our people the freedom in daring to hope. Where they meet Nigerians with silence, we will give our people revolution, a dream to aspire to. We will fight every step of the way to create a Nigeria we will be proud to call home.”

ALSO READ:  BREAKING:US Completes Evacuation Of Embassy In Afghanistan As Flag Went Down