The Leader Of IPOB, Mazi Nnamdi Kanu Declares 30th Of May… 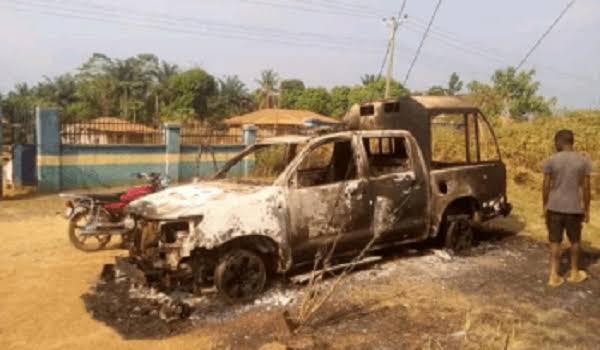 One police officer is feared killed in a shootout with more than 200 bandits who surrounded a mobile police checkpoint at Dogon-Gawa community of Takum Local Government Area, Taraba State.

The Chairman of the Council, Shiban Tikari, who confirmed the incident to news outlets, said the gunmen struck in the early hours of Saturday.

He added that he was there when the attack took place with over 200 of the bandits surrounding the police operatives.

According to him, there was a heavy gun duel between the police officers and the bandits leading to the death of one officer.

Tikari alleged that the Tiv militias, comprising remnants of late Gana’s boys, were responsible for the series of attacks in the southern zone of Taraba.