BREAKING: Gunmen kill policemen, injure others at checkpoint in Kogi 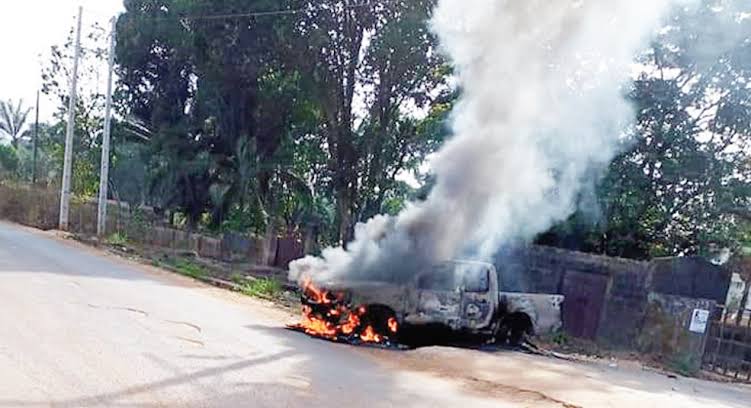 Unknown gunmen coming from the neighboring Ekiti State axis have reportedly shot two policemen to death at a checkpoint in Kabba, headquarters of Kabba/Bunu Local Government Area of Kogi State.

The incident, according to an eyewitness, happened at the Origa checkpoint along Kabba-Iyara road, at about 5 pm on Monday.

DAILY POST gathered that the suspected criminals who drove in a Sport Utility Vehicle (SUV) suddenly opened fire on two of the policemen when they flagged them down for routine check.

Sources told our correspondent that three other policemen who managed to escape sustained various injuries as the fleeing robbers shot sporadically to pave their way for escape.

It was also learnt that the affected policemen were from the newly created Kabba police B divisional headquarters.

Meanwhile, the robbers were said to be coming from the Ekiti axis and were probably heading towards Abuja, en-route Kabba before the incident occurred.

The remains of the two policemen were said to have been deposited at the morgue of the General Hospital in Kabba, while the injured are said to be undergoing treatment at a private hospital.

ALSO READ:  What we must do if we don't want Nigeria to completely break — Gani Adams

The Police Public Relations Officer, (PPRO), DSP William Aya could not be reached as of the time of filing the report.