Bandits, murders and kidnappers being recruited into Nigeria… 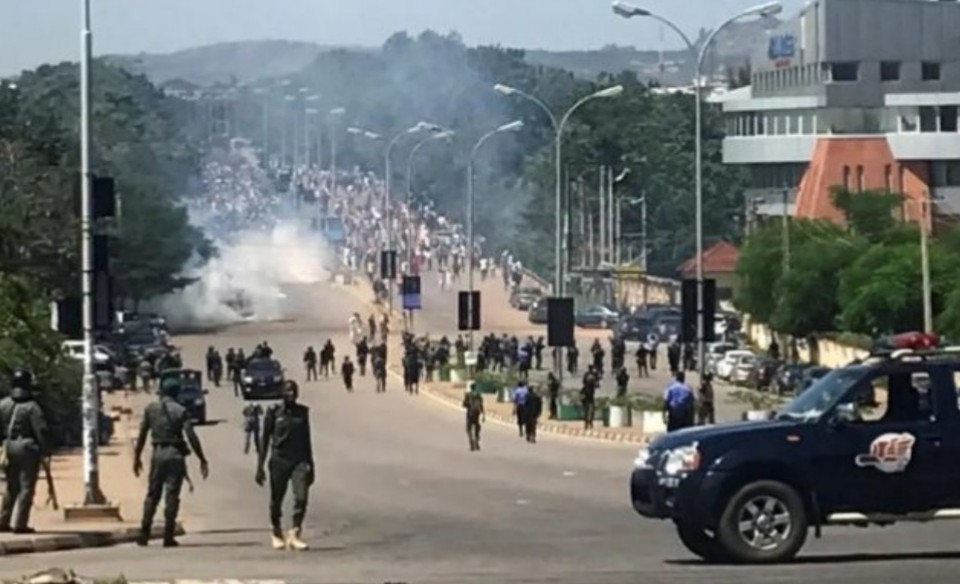 SaharaNews gathered that armed policemen attached to the bank however repelled the attack which resulted to heavy gunfire.

The ugly incident, which happened at King Square (the city center), saw the attempt by the robbery gang trying to break into the bank when a bullion van carrying cash to an unknown commercial bank was about leaving the CBN premises.

The hoodlums were, however, repelled by the armed police security team attached to the bank.

The exchange of gunfire between the bank security and the robbers that lasted few minutes forced the robbers to retreat and escape, while people and motorists around scampered for safety.

According to an eyewitness, luck ran out of the robbers who may have been prepared for the worse.

“Bros, the robbers were ready for anything but the police also showed them that they were super ready for them.

ALSO READ:  SHOCKING: I Was Terrified When I Found Out That A Friend Who I Never Knew Was Dead Had A Business Transaction With Me Six Days After His Death

“You can see how unusual the environment is for now, this whole place was locked down, traffic was heavy here due to the attack. How can robbers come to this place, the centre of our capital city, place like Ring Road. I think the state government has to do something about the security of this state, especially now that Xmas is around the corner, thank God that no casualty was recorded in gun duel.”