Mama, You Made My Dream Come True – A Heartfelt Thank…

SARS, Others Indicted As China Find 7,221 Human Penises On… 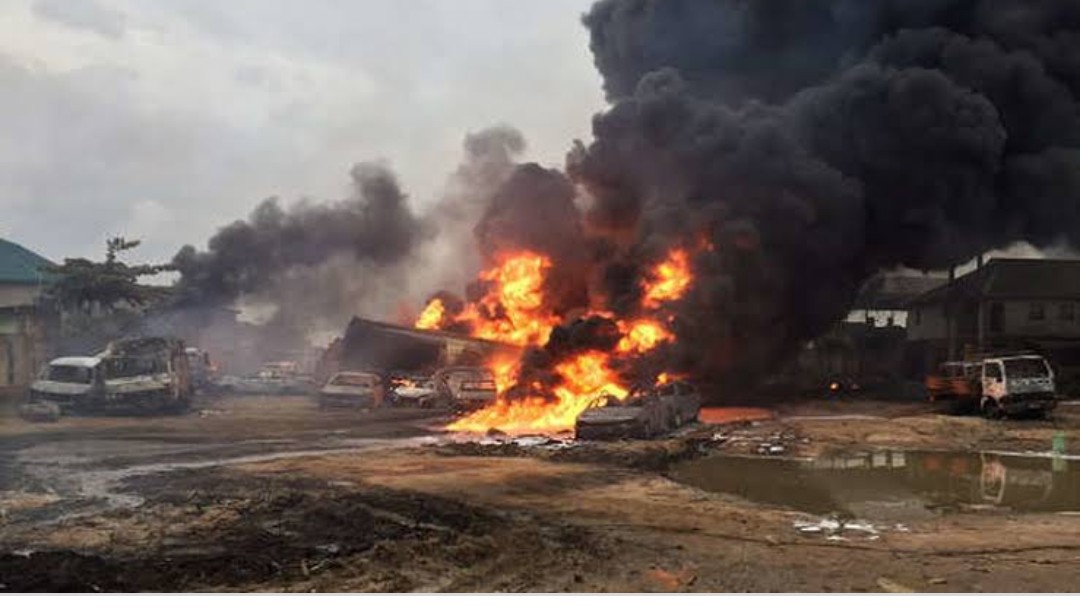 A pipeline exploded in Etekwuru community in Ohaji Egbema Local Government Area of Imo State in the early hours of Tuesday.

This was confirmed to Channels Television by the Public Relations Officer of the Nigeria Security and Civil Defence Corps (NSCDC), Imo State Command, Chimeziri Lowell.

The NSCDC official said the explosion was triggered by illegal oil bunkering activities by some hoodlums in the community.

He also noted that the State Commandant of the NSCDC, Raji Ibrahim, had mobilised a team of security operatives to the scene for an on-the-spot assessment of the incident.

The number of casualties in the incident has yet to be ascertained.

Etekwuru is one of the oil-producing communities located in Imo State.

Following the incident, calm has returned to the community, although the explosion left major farmlands and livestock destroyed.

Recounting their loss, some indigenes of Etekwuru have called on the Federal Government and appropriate authorities to come to their aid.

They also asked the government to intervene and put an end to illegal bunkering activities by hoodlums in the area.

SaharaNews gathered that the destroyed pipeline was one of the oil installations and pipelines belonging to the Shell Petroleum Development Company.

At the scene, officials recovered some abandoned polythene bags with adulterated petroleum products and oil spillage around the vicinity, giving a picture that some illegal bunkering activities had been going on in the area.

Although the inferno has gone down to a large extent, the fire was seen raging in some other areas.

The Imo State Police Command has yet to confirm if anybody was killed or injured in the explosion.

“Allow Us Bury Our Dead In Peace”, Nnamdi Kanu’s Kinsmen Cries Out Over Military Inversion, Says Burial Not IPOB Affair