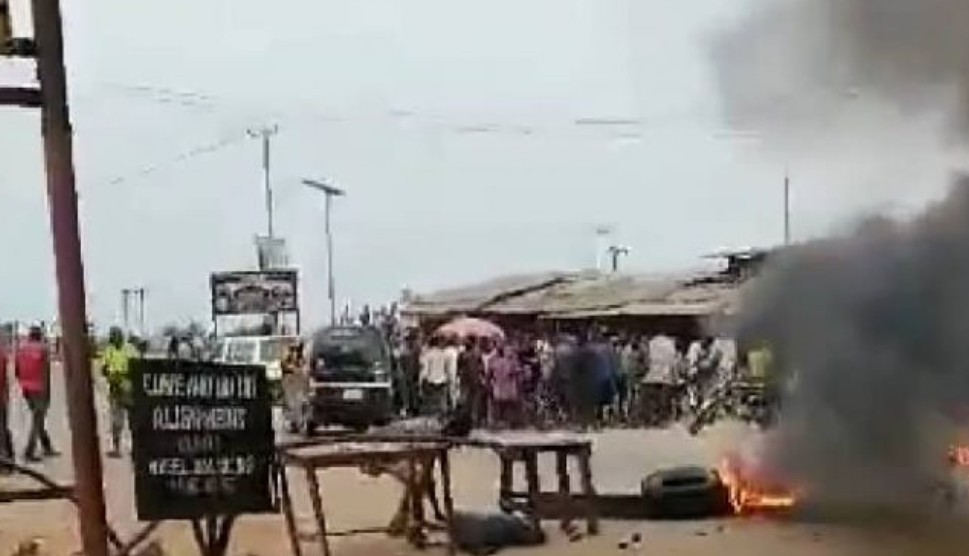 According to an eyewitness who doesn’t want his name published said the incident happened as a result of accidental discharge.

“The youths are angry because of the incident that happened yesterday.”

“They want the DSS operative that shot the female hawker dead yesterday to be provided.”

“You can see the youths are angry, setting tires ablaze and blocking the major roads”, he noted.

As at the time of filing this report, efforts to speak with Spokesman of the DSS proved abortive.