My Ex-Wife Stabbed People While Trying To Kill Me, Our…

“Nigeria is totally backward . The only thing moving forward… 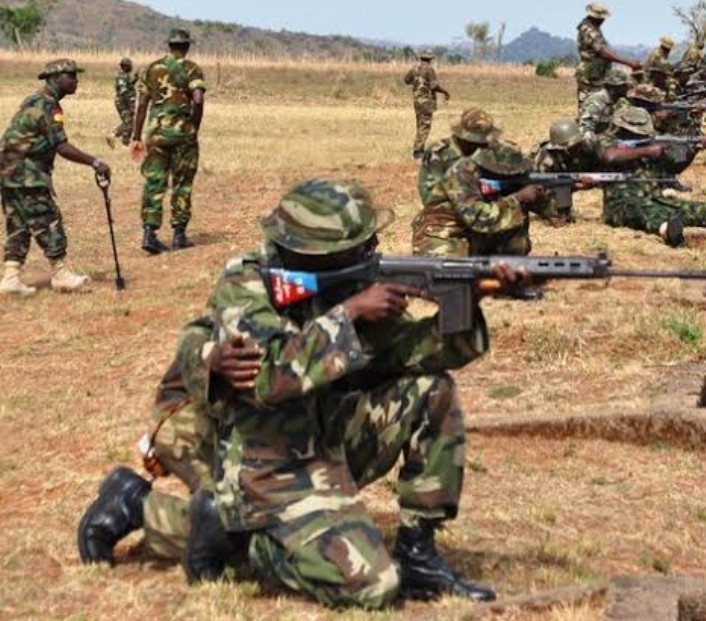 SAHARANEWS – The Boko Haram terrorists, on Thursday, launched an attack on the Army Special Super Camp at Ngamdu, a border town between Borno and Yobe where Gen. Buratai has relocated to battle with the group.

According to report, the daring attack by the terrorists is coming barely 72 hours after the Chief of Army Staff Lt. Gen. Buratai sent a damning message to defeat the insurgents within a very short.

According to the Nation, the Chief of Army Staff at the 2020 Special Easter celebration with the troops at the Camp promised to stay with them until the insurgents are “substantially degraded”.

But the insurgents Thursday tested their confidence by lunching a daring attack on the camp even as Gen. Buratai and his officers were currently at the camp apparently mapping out strategies on how to execute his final blow on the insurgents.

Impeachable sources at the camp who are not authorized to speak with the press revealed that the insurgents came in motor gun trucks from the south-western side of the camp and opened fire on the camp.

Other sources also revealed that mortar guns where lunched in the camp but no fatality was recorded. Some of the troops were said to have sustained minor injuries.

It was gathered that Buratai ordered the troops to chase the ranting insurgents away and warned them to focus on a bigger target.

“The Chief of Army Staff told the soldiers to see what happened as a distraction from the main operation that they are going to carryout. But we defended ourselves very well by repelling them,” the source said.

Another source revealed that the insurgents could have been angered by an earlier advance operation that the troops carried out yesterday.

“We suspect it was the advance operation that we carried out yesterday that got them angry and they decided to come to attack us. You know we killed some of their men in the operation and captured others alive so they were angry,” he informed.

The Acting Director, Army Public Relation, Colonel Sagir Musa, could not reply messages sent to him even when this reporter called him and he promised to respond to his messages.

IPOB’s COVID-19 PALLIATIVES: Even The Enemies Of IPOB Are Not Exempted – Mazi Nnamdi Kanu