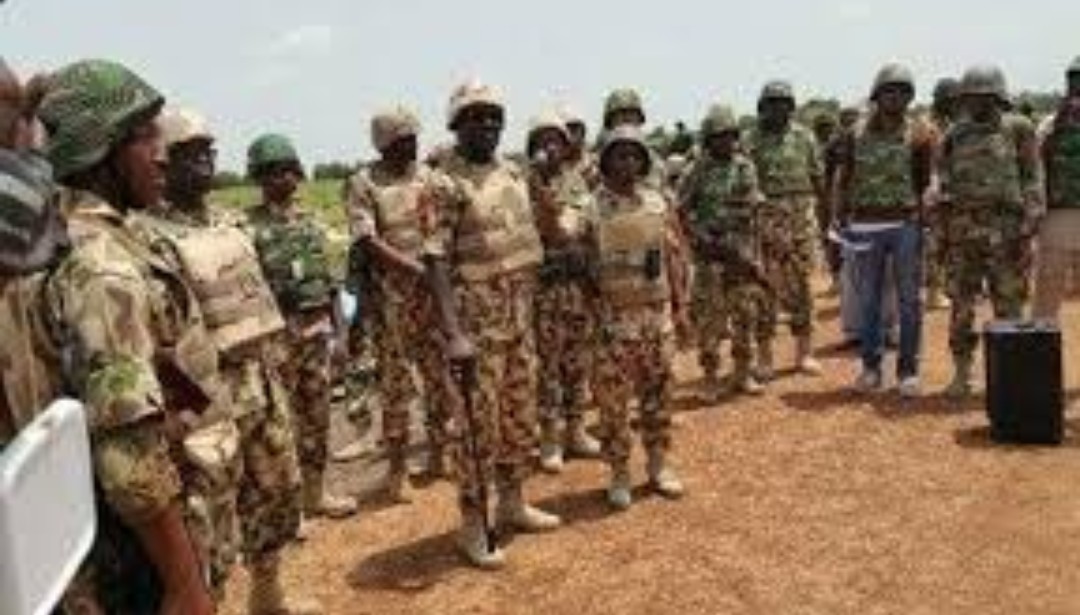 SAHARANEWS – Gunmen suspected to be pirates have attacked an oil barge along the waterways of Lutegbene, Ekeremor Local Government Area in Bayelsa State

It was gathered that they killed four soldiers escorting the barge and two civilians.

Others in the vessel were said to have escaped with gunshot wounds by diving into the water and swimming to safety.

The incident, which happened on Sunday night, reportedly unsettled the community as troops were said to have mobilised to the area, asking residents to produce the perpetrators.

Multiple sources, who confirmed the development, said angry soldiers had started burning some houses in the area due to residents’ inability to identify the suspects.

A source from the council, who spoke in confidence, said the soldiers were escorting the barge from Port Harcourt in Rivers State to Warri in Delta State when it came under attack.

He said: “The soldiers were escorting a barge when gunmen appeared on a speedboat and opened fire on them. They killed four soldiers and two civilians. Others were injured.

“As I am talking to you, soldiers are burning down some houses in the area because they asked the residents to produce the killers.”

The allegation of soldiers burning houses could not be confirmed as at the time of filing this report.

A spokesman for the Joint Task Force (JTF), Operation Delta Safe, Eromosele Unuakhalu, did not answer his telephone calls.

BREAKING: “Who Is The President Of Nigeria?” – Reno Omokri Raises An All Important Question