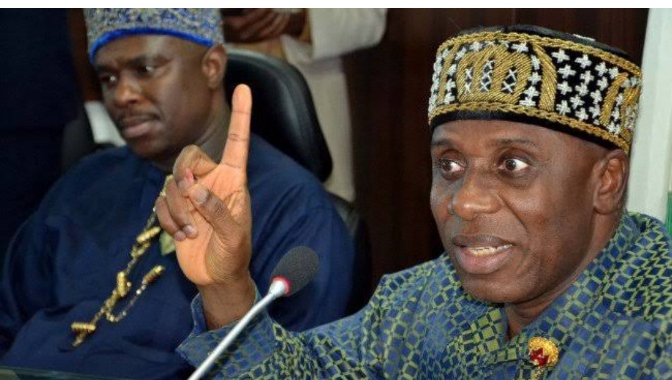 Amaechi, disclosed this in Lagos during an event organised to pay tribute to Nelson Mandela, challenged Nigerians to hold their leaders accountable.

He said, “If you see a thief and you allow him to be stealing, what have you done? You have stoned nobody; that is why we are stealing. Who have you stoned? They came out and started dancing oil subsidy, oil subsidy. They told you that they stole N2.3trn, what did you do? “Instead you are protesting ‘bring more oil subsidy’; the oil subsidy that is not reaching the poor.

ALSO READ:  THE TRUTH:Yoruba will be at war for 100 years if Nigeria breaks up,They can't meet Igbos Standard - Bisi Akande

A few individuals are going away with the money and you have done nothing. You are mourning Madiba, who lived up to 95, and he was very angry with Nigeria when he died. “You’ve heard that $50bn is missing and you have done nothing about it. In some countries people will go on the street until they return that money. It is N8trn, it can change Nigeria. “Me I want to steal only $1bn, let them bring it.

You read Obasanjo’s letter and you are asking why is he writing the letter, is he a South-South man? In fact, when he was there what did he do? You, what have you done? If you don’t take your destiny in your hands, we will go and other leaders will come and continue stealing.”