Northern govs’ interest in Tinubu not genuine, may ditch him…

BREAKING: House Of Reps Passes Vote Of No Confidence On All The Service Chiefs, Calls For Their Immediate Resignations 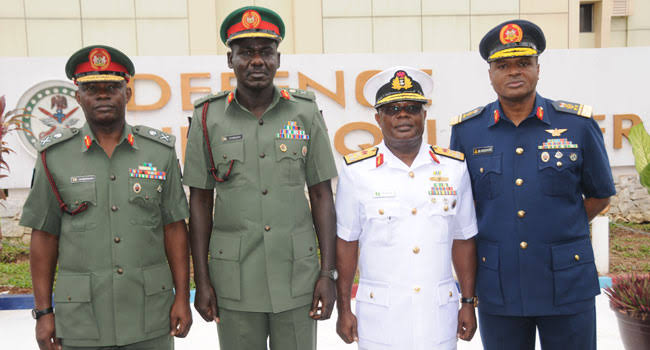 SAHARANEWS – Members of the House of Representatives today passed a vote of no confidence on all the service chiefs, asking them to either resign their positions immediately or be sacked by President Buhari.

The lawmakers made the call during its plenary in Abuja Wednesday, January 29th.

While debating on the nation’s rising insecurity, a member of the House, Abubakar Fulata, informed his colleagues that the service chiefs had outlived their usefulness and that it will be to the detriment of the country if these men keep doing the same thing repeatedly and expect a different result in tackling the security challenges Nigeria is grappling with.

Speaker of the House of Representatives, Femi Gbajabiamila, thereafter put the question to the lawmakers whether the service chiefs should resign and leave their offices or be sacked. Although there was a divide among the members in their response, majority of the lawmakers answered in the affirmative and the resolution was passed.

The service chiefs include the Chief of Defence Staff, General Gabriel Olonisakin, Chief of Army Staff, Lieutenant-General Tukur Buratai, Chief of Naval Staff, and the Chief of the Air Staff, Air Marshall Sadiq Abubakar. They were appointed in July 2015.

“Now Is The Time To Ban CAN In Nigeria” – Ibrahim Jalingo