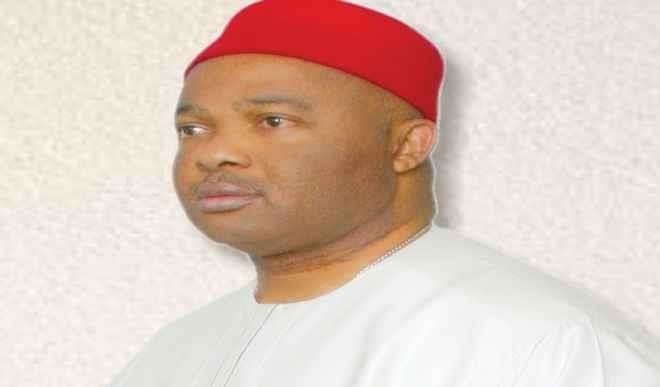 SAHARANEWS – The Supreme Court has declared Senator Hope Uzodimma of All Progressive Congress as governor of Imo State.

The seven-member panel of justices today held that Emeka Ihedioha of the PDP was not duly elected Governor.

Earlier in the day, the issue of candidacy of the APC in the March 9, 2019 governorship election in Imo state forced one of the candidates, Uche Nwosu, to withdraw his appeal at the Supreme Court.

Nwosu, who decamped to the Action Alliance (AA) before the election, was said to have also been presented by a faction of the APC as the party’s candidate in the election.

At the resumed hearing of the appeals on Tuesday, Nwosu’s counsel, Solomon Umoh (SAN), informed the apex court that he has advised his client to withdraw since the apex court had on December 20 disqualified him for laying claim to two political party nominations.

“My lordship, the issue has been addressed as to the validity of the APC candidate. It is not possible for APC to have two candidates,” Umoh said.

However, when Umoh indicated he would leave it to the discretion of the panel to decide whether Nwosu can still pursue his other appeal as the candidate of AA, the panel overruled him.

“Nothing can bring him here. That matter is gone. Your client has no locus standi to bring this appeal,” Justice Kudirat Kekere-Ekun said.

As a result, the CJN struck out Nwosu’s appeal including the cross appeal against it brought by Governor Emeka Ihedioha through his counsel, Onyechi Ikpeazu (SAN).