JUST IN: SEE What Police Did To Woman That Tortured &…

BREAKING: “I Am 100% APC” – Gov Umahi Of Ebonyi State Finally Opens Up 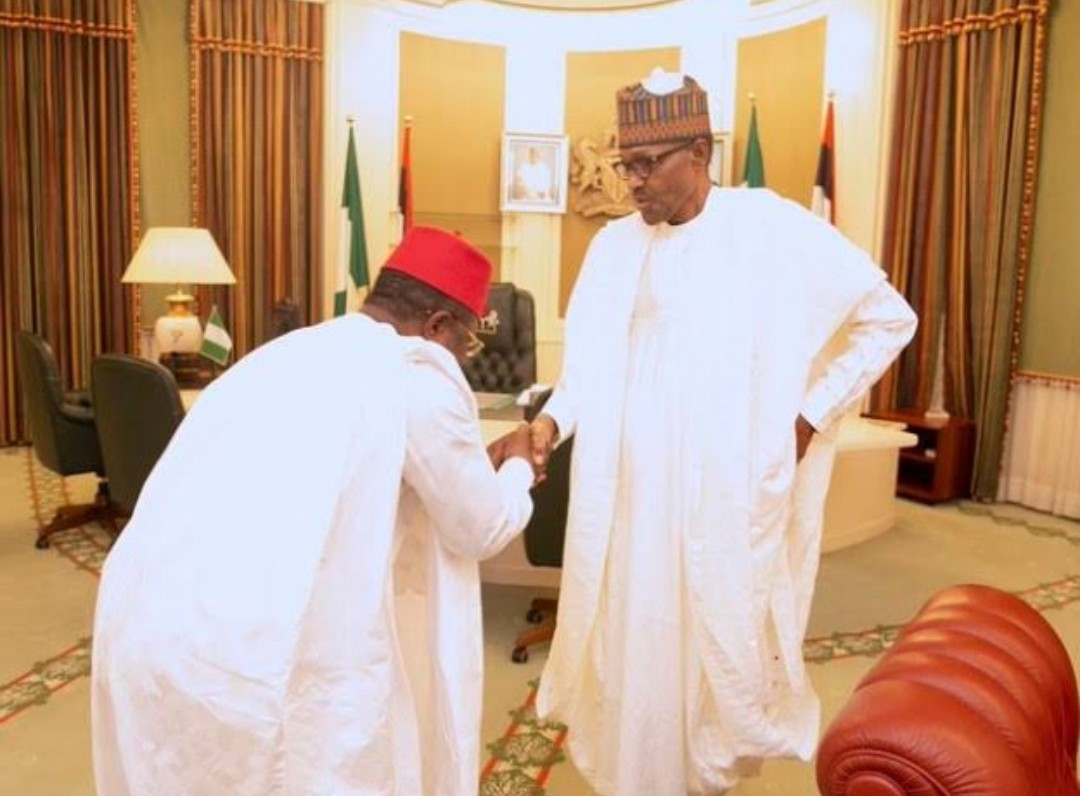 SaharaNews gathered that Umahi made this known when he spoke to the people of Ishielu and Onicha Local Government Areas who paid him Christmas homage.

He enjoined such people to stop” jumping from here and there” because they might be caught in anti-party activity web.

He said: “Stay in one place. Don’t run from here to there and from there to here. E no make sense. If you say you dey there (APC), know I am already there. If you go to APC, I am an APC member. If you go to PDP, I am there.

The governor’s younger brother and PDP National Vice-Chairman (South-East), Austin Umahi, joined members of the delegation in clapping and laughing at the event which held in Uburu, Ohaozara Local Government Area.

The governor buttressed his claim to being an APC member by saying that he sent handsome Yuletide gifts to the ruling party’s leaders.

The governor thanked the Muhammadu Buhari administration for making Ebonyi the only state in the Southeast to be listed among the states to have a new Federal Colleges of Education.

He told the people of Ishielu local government that the college would notbe located in their zone. He, however, promised them a technical school.

The candidate of the APC in the last governorship election in Ebonyi State, Sonni Ogbuoji , said last year that Umahi was set to dump the PDP for APC.

“The information we have now is that while the governor of Ebonyi State, David Umahi, had acted as a mole in PDP all along, he has started making moves to ditch PDP and cross over to the APC,” Ogbuoji claimed.

“We are aware that the votes that enthroned Umahi were procured with the connivance of the system, a reason there are gloomy faces all over the state after the announcement of the claimed victory,” he added.

Nnamdi Kanu:A Secessionist Leader, Accused Britain of failing to Provide him with…

BIAFRA: We won’t Allow Nnamdi Kanu Remain in DSS Custody Till October, Its too Risky–…