Blame security agencies for arson, looting by hoodlums not… 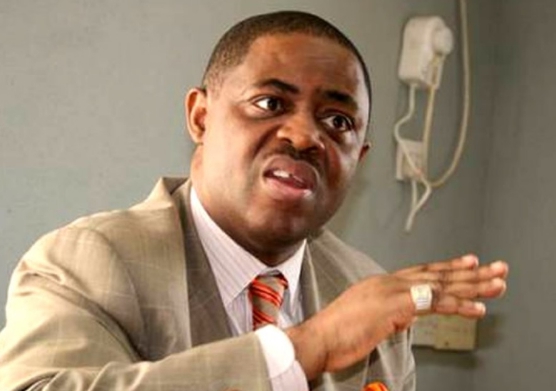 SAHARANEWS – Former minister of aviation, Femi Fani-Kayode, has said that he is not a Yoruba man.

SaharaNews reports that Mr Fani-Kayode, in several tweets on Monday, alleged that the word ‘Yoruba’ was coined by people from the northern region of the country.

According to him, the word ‘Yoruba’ was derived from ‘Yariba’ which means ‘shady and unreliable’.

“Two names that the Fulani gave to southerners: ‘Yamiri’, in reference to SE and ‘Yariba’ in reference to SW. The SE rejected that name but the SW accepted it. The name ‘Yoruba’ derives from ‘Yariba’ and it means ‘shady and unreliable’. I reject that strange name and label,” he wrote.

The former minister added that he would rather be called a son of Oduduwa.

“I am not a ‘Yariba’ or ‘Yoruba’ but an ‘Omo Karo Jire’ or an ‘Oduduwan’ and my language is not ‘Yoruba’ but ‘Anago’. We are what we call ourselves. We are not ‘shady and unreliable (Yariba) and we must not accept names that are given to us by our historical adversaries.

“Any Omo Karo Jire or Oduduwan that continues to call himself a ‘Yoruba’ is lost and does not know the implications of what he is doing to his own people. He is simply affirming and confirming an insulting label which has deep sinister, mystical and spiritual connotations,” he wrote.

ALSO READ:  JUST IN:America is a nation that can be defined in a single word:--Biden

The 59-year-old added that the word ‘Yoruba’ did not exist until the 18th century.

“…and even then most of the tribes of the SW, including the Oyo’s, rejected it due to its origin and meaning.

The word ‘Yoruba’ is alien to our culture and not known in the Anago language. Oduduwans please take note,” he wrote.