BIAFRA: Nnamdi Kanu Should Be Arrested If He Dare Steps Into… 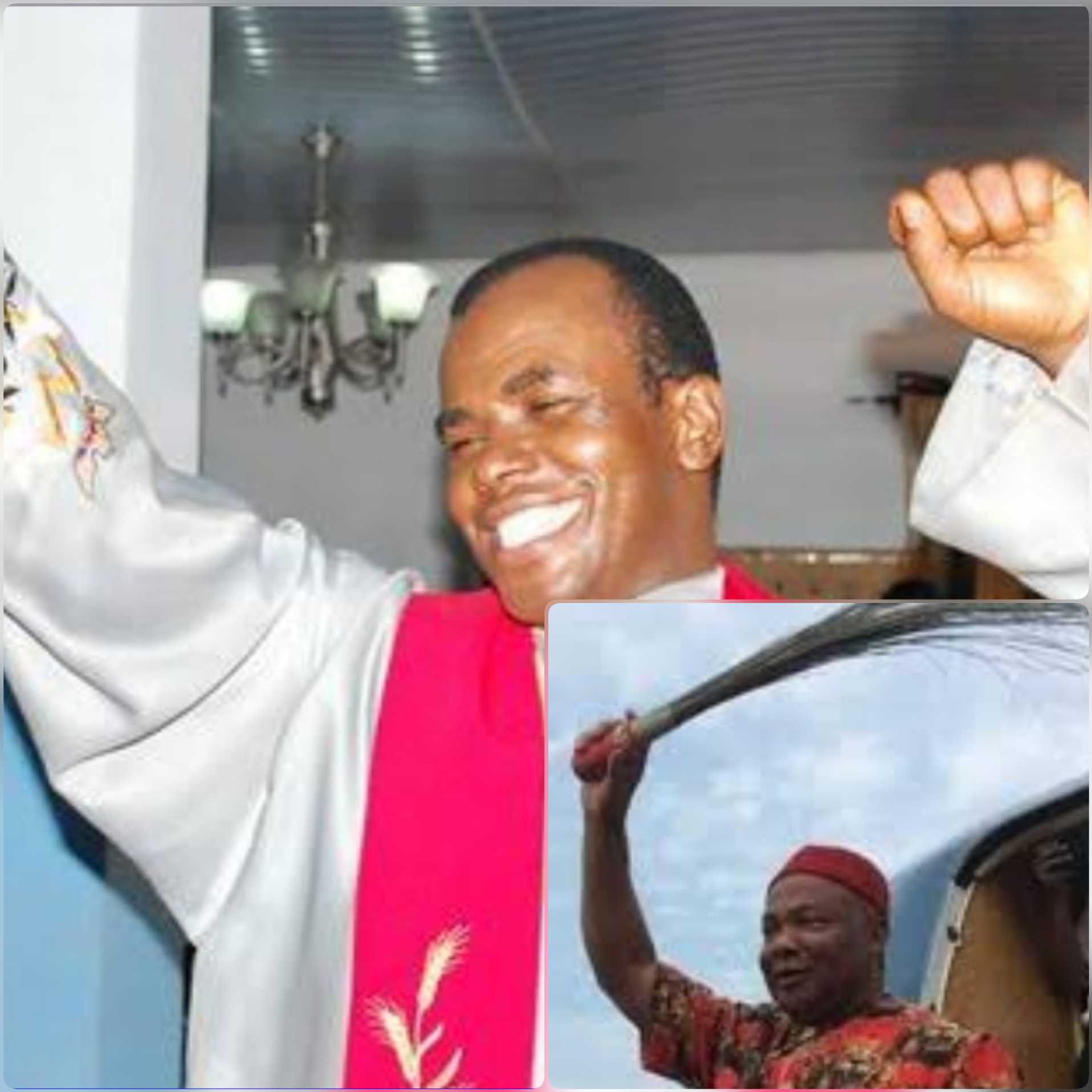 SAHARANEWS – Rev Fr. Ejike Mbaka, founder and director of Adoration Ministry, Enugu, has revealed that he has forgiven the Catholic Bishop of Enugu Diocese, Most Rev Dr Callistus Onaga and every other person that attacked him and called for his head when he prophesied that the All Progressives Congress, APC, will take over of Imo state on January 31st this year.

SaharaNews gathered that Mbaka made this known in his second Thanksgiving and praises at his Adoration Ground in Enugu, on Wednesday.

He made the Thanksgiving in celebration of Supreme Court’s quashing of Hon. Emeka Ihedioha’s appeal for review of judgment that gave Senator Hope Uzodinma governorship of Imo state.

At the wake of the crisis generated by Mbaka’s prophecy, Bishop Onaga reportedly instructed Catholic faithful to disregard Mbaka’s prophecy. The Adoration Chief Priest wondered why there was much interest about his Imo state prophecy when he prophesied late General Sani Abacha’s death, late President Umaru Yar’Adua, as well as President Mohammadu Buhari’s take over from former President Goodluck Jonathan.

“All these came to pass, why is this one so catastrophic? Those who attacked me, who is now a loser, Is it you or me? Holy Spirit told me that Hope Uzodima was going to become the governor of Imo state and I asked should I say your own? I should obey God rather.

“My joy is that Ihedioha and co who wanted to act as Queen of Persia, to swallow the God’s gift given to Imolites were put to shame yesterday (Tuesday) by the apex court of the nation. It is now the end of the road for Ihedioha.Uzodinma can now relax and carry out his outstanding job in Imo.

“If not because of God, the message of January 31st would have been truncated. When the judgment saga was going on, I was in my chapel praying, at the time they went for brake, I left the chapel and wanted to go and see people, on my way, a message came to me that I should return to chapel to avoid being put to shame. It is not over! I went back to chapel, continued my intercession till 3 pm they finished the case. So, I heard from above,” Mbaka said.

He cautioned the Church and all those who are perturbed by his God’s gift, that they should know his gift did not just come when he became a priest.

“When I was in Primary and secondary school I had started seeing the vision and doing mysterious things about God.”

“Attacking me is a waste of time, that will not stop God in sending messages to me. So you attackers, use your time and do mean something for yourself.

“I have forgiven you, people. It is a lack of foresight to understand the things of the spirit. Anyway, the attack also popularises me, thanks for that.”

BREAKING: All Jubilations In APC Over The Sack Of Oshiomhole As National Chairman