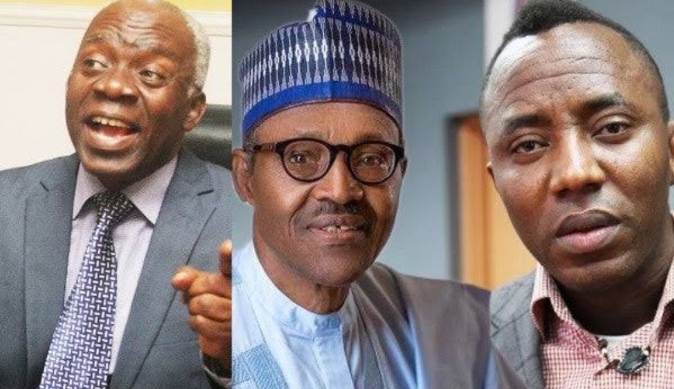 SAHARANEWS – Femi Falana, a renowned Nigerian lawyer and Senior Advocate of Nigeria (SAN), says a prominent person in government who once called for revolution will be his first witness if Omoyele Sowore is charged to court.

Sowore was arrested detained by the Department of State Services (DSS) on Saturday, following plans to hold mass protests across the country.

Omoyele, the main convener of the campaign was accused of threatening public peace and safety with the planned protest.

ALSO READ:  BREAKING: "Nobody Will Be Sworn In As Bayelsa Governor!" - APC Reacts To Supreme Court Ruling

Speaking at an event organised by the Chartered Institute of Bankers of Nigeria (CIBN) on Tuesday, Falana said Sowore had briefed him from detention that in the case he would be charged, his first witness would be someone in government who in 2011 also called for a revolution.

Falana revealed that Sowore has refused to write a statement, saying the DSS must allow him to speak with his lawyer.

“I do hope that the government will not be stupid to charge Sowore. In fairness to them (DSS), they gave him a telephone to phone me. Of course, I knew they were monitoring the phone, and I told him I hope they won’t charge you, because if they do, some of the people in government will be our witnesses,” he said.

“You know why? One of them, I won’t mention his name. In 2011, he asked Nigerians to learn from the Egyptian revolution and be ready for a revolution in Nigeria. So, he will be my first witness.

“The late Chief Gani Fawehinmi and four other people were charged with treasonable felony by the Ibrahim Babangida junta. I was one of them. We were detained in Kuje prison for two months. We were taken to the court, and what was the offence? I think we went beyond Sowore. We posted thousands of posters across the country, that Babangida must go. That was the treasonable felony.

ALSO READ:  BREAKING: (VIDEO) United States Has Given Paul Biya 72hrs To Pull Out Every Cameroonian Military From Ambazoia Territory

PDP, Others Issues Strong Warning To FG, Demands The Whereabout Of... 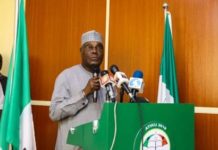 JUST IN: APC Masterminding Crisis To Cover Up Their Incompetence Then... 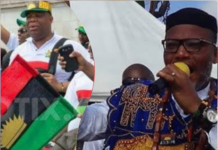 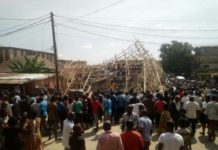 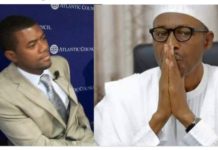 BODY DOUBLE: Could Nnamdi Kanu Be Right? The Influence Of Abba...