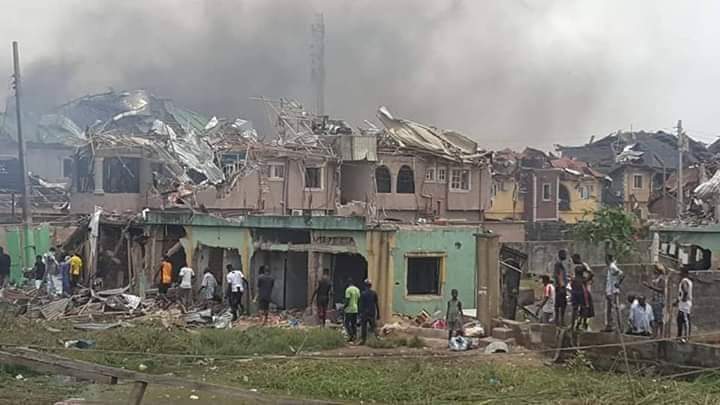 SAHARANEWS – There may be more trouble for the distressed residents of Soba, Abule-Ado, Lagos State, as the Federal Government has initiated plans to take over the area affected by Sunday’s explosion.

This disclosure was made by the acting Managing Director/Chief Executive Officer of Federal Housing Authority (FHA), Umar Saliu Buntu, who visited the site of the explosion yesterday.

According to Buntu, the Federal Government had acquired the large expanse of land from Ojo Barracks to Trade Fair, including the Soba axis, sometimes around 1970. The FHA boss, who commiserated with affected persons, however noted that many of the building in the area had encroached into the government acquired land, making them illegal occupants.

He said: “The Amuwo-Odofin residents are claiming ownership while the government has acquired this land for a long time. The land spread to the Ojo Cantonment up to Trade Fair but over time, the family (owners) was still selling to unsuspecting members of the public.

“The government is coming back to take charge, a task force has been constituted by the government and the Lagos State government is going to help the Federal Government to sanitise this place after proper investigation have been done and decision taken.

“Most of the land owners here did not buy from FHA and if they did, let them bring the title they have. They don’t have any title with us, we are not aware. All along while we have been coming here, the place kept expanding and the family kept selling to unsuspecting members of the public and they don’t have anything to show for it.”