JUST IN : Corpses Of Soldiers, JTF Members Killed By Boko…

JUST IN:Nigerians Can Live Anywhere In The Country If They… 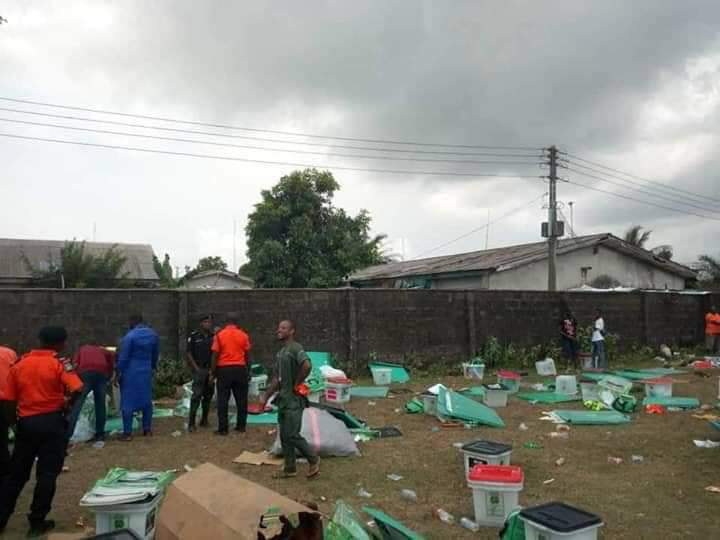 SAHARANEWS – The Independent National Electoral Commission (INEC) has postponed elections in parts of Lagos, Rivers, Anambra states due to violence that disrupted the elections.

INEC revealed that elections in Akuku Toru and Bonny local government areas of Rivers state, some parts of Anambra and Lagos states will be conducted at a later date, noting that the national assembly elections were those mostly affected.

“The commission has received reports of violence and ballot box snatching in some areas leading to the disruption of the process.

We have asked the Resident Electoral Commissioners RECs and the Electoral Officials on ground to submit their firsthand reports in relation to some of these incidents. We are still receiving reports relating to incidences in some states of the federation but we have received reports relating to incidences in Akuku Toru and Bonny local government areas of Rivers state.

“So long as the commission could not deploy in these areas, the implication is that voting did not take place in those areas and the commission will hold consultations with the relevant authorities and the Resident Electoral Commissioners RECs in relation to these areas and will announce the date when polls will take place in some of these areas, especially in relation to the areas as they affect the House of Representatives and Senatorial elections.

“It is not only in Rivers that we had reports of burning of electoral materials. We have such reports from Anambra and Lagos states as well as some other places”, he added.

ALSO READ:  2Face Idibia: “Whatever You Hear About Me, Please Believe It”

The commission also vowed to prosecute any of its staff who failed to use the Smart Card Readers for purposes of accreditation, saying where the card readers do not work up till 6pm on election day, the standard procedure is to shift the exercise to the next day.

According to Okoye, no staff of the commission has discretionary powers on the use or otherwise of the card readers as its usage is not a subject of negotiation.

However, it is to be noted that in the Regulations and the Guidelines issued by the Independent National Electoral Commission INEC it was made very clear that the use of the smart card readers is mandatory.

ALSO READ:  BREAKING:IGP Threatens To Arrest Filmmakers, Others Over Unlawful Use Of Police Uniforms, Kits