BREAKING: Insisting On RUGA Is A Move That Will Finally Break Up Nigeria – N’Delta Chieftain 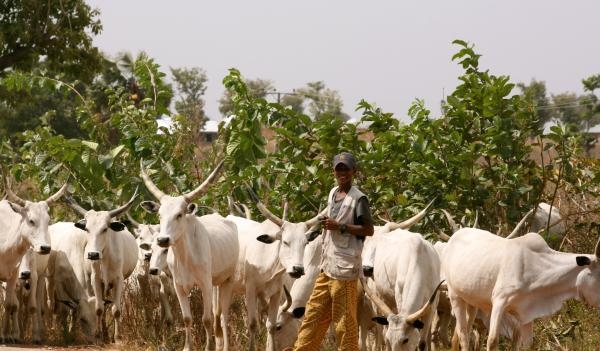 SAHARANEWS – The Delta State Coordinator of the New Nigerian Democratic Evolution, NNDE, Comrade Francis Obule has warned the Federal Government that there will be crisis across the country if the Rural Grazing Area, popularly known as “RUGA is reintroduced in the country.

Obule handed down the warning in a chat with newsmen in Warri.

He said the Federal Government should not end at suspending the programme, but it should be totally abolished for the restoration of permanent peace in the land.

Obule who is a stalwart of the Peoples Democratic Party, PDP said, “I don’t think RUGA is a way to settle the herders and farmers clashes.

“Cattle rearing business is a private business. It is not the Federal Government business. If you want to rear your cows you can buy your own land, that is if the landowners are ready to sell to you. It is wrong to say that if we don’t give them land for RUGA settlement there would be crisis”.

Obule stated that there is no land for RUGA settlement in any part of the Niger Delta region, stressing that the Federal Government should not in disguise collect peoples’ land for Fulani herdsmen.

Obule, however, commended the Federal Government for listening to the outcry of the people, saying the policy was “Anti-People” and “Anti–South.”

Obule further said that RUGA was a policy that would have resulted to a breakup of the country, maintaining that since the government came up with the policy, the polity had been heated up.

“I am in total support of the cancellation of the Ruga project rather than suspension. We believe and hope that President Buhari would have no reason to revisit the highly inflammable Ruga settlement issue again.

He noted that there is law in the country and that it is an offence to carry guns all about apart from the armed forces, stressing that of the Hausa /Fulani herdsmen are armed mostly with Ak47 riffle gun.

“If you carry AK 47 riffle gun and you are not a member of the Armed Force and not a Fulani nor Hausa, you will be arrested. What right has the Fulani herdsmen to carry AK47 guns? The law is for everybody. Don’t you know that two AK 47 guns can seize a whole community? It’s not proper for the Federal Government to commit itself to the protection of Fulani herdsman with a plan to acquire peoples’ land for Ruga settlement. To me, it is another form colonialism.

“We do not have land to give to anybody as grazing field or colony. We call on the South-South and South-East governors to maintain their stand that they do not have such a place. Do you know what it means to give 20-30 hectares of land to herdsmen? We say no to that. Any traditional ruler who ignores his people and proceeds to give land to herdsmen or Fulani jihadists should be dethroned.”

He commended former President, Olusegun Obasanjo for his recent letter to President Muhammadu Buhari on the terrible security situation in the country, urging him to continue to speak for the masses and the down-trodden Nigerians.

BREAKING: Hot And Spicy!, The Much Awaited Nnamdi Kanu App Now At Google Play Store For Free Download – Get Yours Now