Group Lambasts Alake of Egbaland For Bowing To Buhari

One BnL member killed, Cameroonian soldiers injured in a… 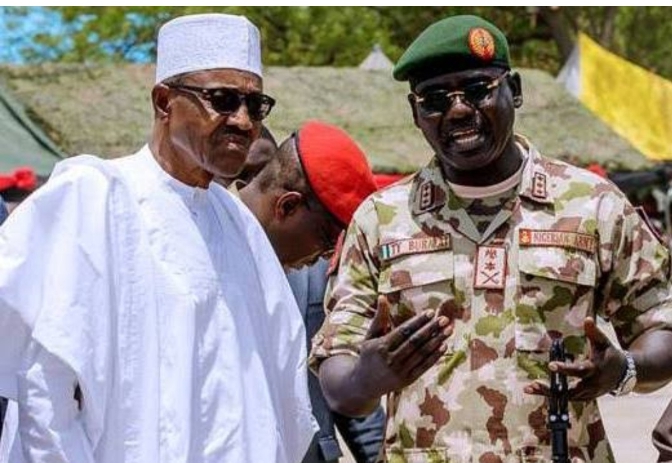 The Indigenous People of Biafra, IPOB, has banned President Muhammadu Buhari from travelling outside the country.

Mazi Nnamdi Kanu, leader of the IPOB, announced the ban during a live broadcast on Radio Biafra monitored by SaharaNews, on Sunday.

He lampooned the two leaders for launching ‘Operation Python Dance’ against “armless” Biafran agitators in the South East, during which many IPOB members were reportedly killed.

“Any day we see Jubril aka Buhari or Buratai anywhere outside Nigeria, they will understand the meaning of anger”, Kanu stated.

The ‘Operation Python Dance’ was launched by the army in the South East in 2016 in the wake of protests by IPOB members who were demanding secession from Nigeria.

During the ‘Operation Python Dance’, the Nigerian army raided Umuahia, Abia State, the home town of the leader of the IPOB, Mazi Nnamdi Kanu, reports.

Meanwhile, SaharaNews had earlier reported that the IPOB has placed a N1 million bounty on four governors in the South East region.

The announcement comes barely 24 hours after Senator Ike Ekweremadu, immediate past Deputy Senate President, was attacked by members of IPOB in Germany, on Saturday.

Kanu had earlier praised the act of his members, while sending a strong note of warning to the governors and Chief Nnia Nwodo, President-General of Ohanaeze Ndigbo.

Stay with SaharaNews for more details