BREAKING: IPOB Is Biggest Threat To Nigeria’s Existence – ILT, Says Total Disintegration Is The Only Way Out 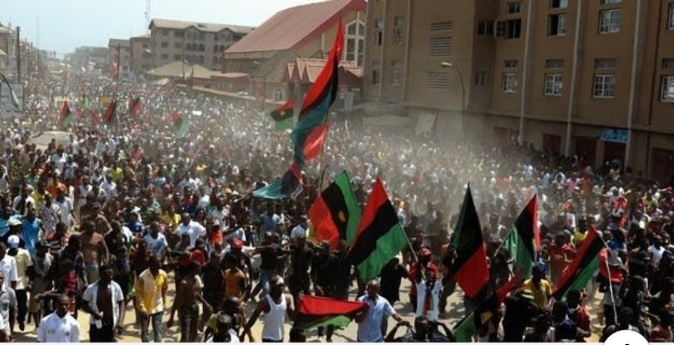 SAHARANEWS – IGBO Leaders of Thought, ILT, an umbrella of Igbo statesmen intelligentsia lead by Professor Ben Nwabueze, has told whoever is planning Presidency for Ndigbo in 2023 that Igbo Presidency is no longer on the cards of the nationality.

The group also warned that the country is close to being equated with a failed state given the level of insecurity with attendant killings across states.

It also spoke on the popular restructuring mantra and warned against escalated nepotism that it described as ‘political corruption.’

ILT made their positions known, Saturday, after two days meeting in Enugu, where the group said the focus of the meeting was anchored on the state of Nation and the National question.

Addressing Newsmen after the meeting, Deputy Chairman of ILT, Prof Chiweyete Ejike together with the Secretary General of the group, Prof Elochukwu Amucheazi said that people were becoming poorer by the day and asked for revise of the hopless situations. Insisting that the only way out for the Igbo nation is total freedom from the oppressions of the Nigerian government.

“There is the issue of use of fund not appropriate by the National Assembly. It is not lawful and we are opposed to that. The selective application of war against corruption is not in order. The Case of Maina is a clear example.

“Budgeting public fund for private ranching is corruption and a government that is fighting corruption is doing all these.

“On the issue of killings, we feel that enough is not being done to stop the scandalous situation and the government should do more in the interest of the nationalities for existential threat.

“There was no legislative reason to proscribe the Indigenous People of Biafra, IPOB. The federal government Must deproscribe theggroup because they have right to Self-determination.”