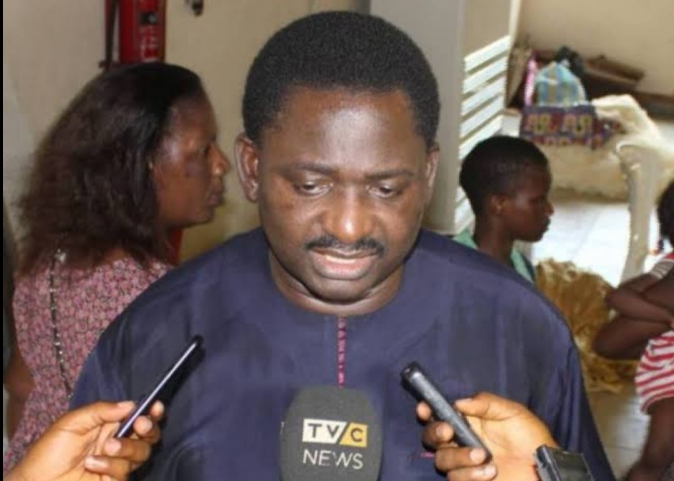 Extending to part 3 on the “Japan File” theme, with new topic “Serious Business Begins, Adesina said question of posed to him on IPOB issues was thrown aside as nothing because they were on serious business.

Adesina said members of the Indigenous People of Biafra embarrassed Nigeria tobhad visited Ambassador’s residence in bid to embarrass President Mohammadu Buhari, adding that every right thinking Nigerian should see it as a shame and ridicule.

When we arrived Yokohama on Monday, among questions I was asked by Nigerian media here was whether the Presidency was worried by threats from a fringe and shadowy group, long outlawed in Nigeria, to cause commotion, and embarrass President Muhammadu Buhari and his team.

The part 3 on the Japan record reads:

The less said about members of that proscribed group, the better. In paroxysm of pain and frustration, they had shot a video at the home of the Nigerian Ambassador to Tokyo, threatening to ‘allest’ and ‘tly’ their own father, with Japanese police ‘coplating.’ Shameful and ridiculous for every right thinking Nigerian.

To underscore the scant attention we paid to it all, not a word was said about the group when the President received briefings on activities for the day, early in the morning of Wednesday. It was time for serious business, I say again, and nobody had time for any distraction.

There was a photo session that preceded the actual opening ceremony of TICAD 7. When we went to town with it, the Internet almost exploded. Some people had alleged that President Buhari was not in Japan, and those pictures showed them as not worthy of being believed. They were simply laughed to scorn.

Vice Presidents came from Malawi and Gambia, Prime Minister from Cote D’Ivoire, while the Prime Minister of Ethiopia was being expected, on his way from South Korea. TICAD 7 had obviously began with a roaring start.

At the end of proceedings on Friday, the conference will come out with ‘Yokohama Declaration 2019’ and ‘Yokohama Plan of Action.’ President Buhari will make worthy inputs on Thursday and Friday.

Hitting the ground running, our President held bilateral sessions today with Presidents Cyril Ramaphosa of South Africa, and Patrice Talon of Benin Republic. Before the conference ends, he will still meet with Prime Minister Shinzo Abe of Japan, the European Union, Antonio Guterres, Secretary General of United Nations, and many big Japanese conglomerates. I tell you, your President is in much demand here.

Prime Minister Shinzo Abe was on hand to receive all his guests. Didn’t some people bellyache that he was away at G7 meeting in France, when African leaders were congregating in his country? To such people, I simply say, don’t be hypercritical. You lose face in the end. “Do not be doubting, but believing.” That’s what the Good Book says.

Plenary sessions begin tomorrow, full blast. Issues to be covered Thursday and Friday include economic transformation and improvements in business environment, promotion of resilient and sustainable African society for human security, peace and stability in support of Africa’s domestic proactive efforts,and many others.
Keep a date with Japan File, and you will get a lowdown of tomorrow’s events. And of Friday’s, as God gives grace. No shaking.