XENOPHOBIA: South Africa Is Taking Advantage Of The Fraud In… 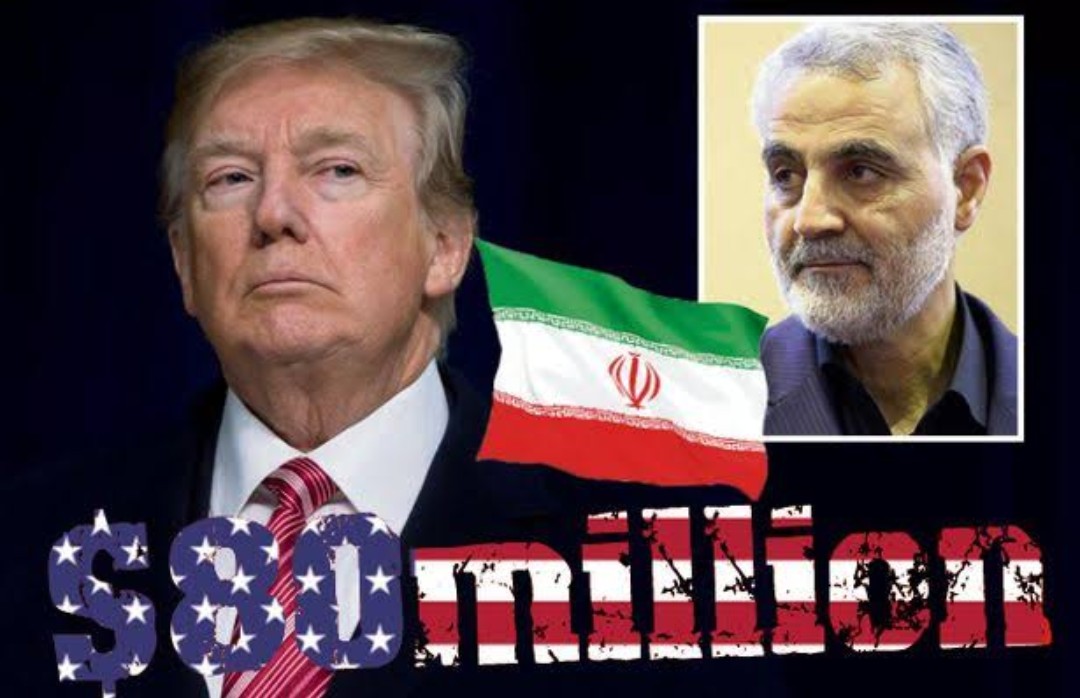 SAHARANEWS – Iran has placed a huge bounty on the American President’s head following the death of General Qassem Soleimani, according to reports.

The Iranian General was killed last week after a US drone strike on his convoy at Baghdad airport. A video posted on social media shows huge crowds marching in protest following Soleimani’s death, before a male voice can be heard placing a bounty on the US President’s head.

Iran government said “On behalf of all of Iran’s people – 80 million Iranians – and each puts aside US$1, it would equal $80million.

“And we would give this $80million, on our own behalf, as a gift to anyone who brings the head of the person who ordered the murder of the grand figure of our revolution.

“Anyone who brings us the head of this yellow-haired lunatic, we would give him $80million on behalf of the great Iranian nation. Chant if you agree.”

He said: “We can attack the White House itself, we can respond to them on the American soil.

“We have the power, and God willing we will respond in an appropriate time.”

Mr Abutorabi added: “This is a declaration of war, which means if you hesitate you lose.

“When someone declares war do you want to respond to the bullets with flowers? They will shoot you in the head.”

Thousands of people took to the streets in anger following Soleimani’s death after the US airstrike on Friday.

Soleimani’s body was flown to the city of Ahvaz in southwest Iran on Sunday following massive funeral marches in Iraq.

Scenes show a casket wrapped in an Iranian flag being unloaded from a plane as a military band played while crowds furiously chanted “Death to America”.

Following the attack, Mr Trump wrote on Twitter: “Iran is talking very boldly about targeting certain USA assets as revenge for our ridding the world of their terrorist leader who had just killed an American, & badly wounded many others, not to mention all of the people he had killed over his lifetime, including recently hundreds of Iranian protesters.

“He was already attacking our Embassy, and preparing for additional hits in other locations. Iran has been nothing but problems for many years.

“Let this serve as a WARNING that if Iran strikes any Americans, or American assets, we have targeted 52 Iranian sites (representing the 52 American hostages taken by Iran many years ago), some at a very high level & important to Iran & the Iranian culture, and those targets, and Iran itself, WILL BE HIT VERY FAST AND VERY HARD. The USA wants no more threats!”

Later on Sunday, he added : “The United States just spent Two Trillion Dollars on Military Equipment. We are the biggest and by far the BEST in the World!

“If Iran attacks an American Base, or any American, we will be sending some of that brand new beautiful equipment their way…and without hesitation!”

Iran said on Sunday it would further roll back its commitments to a 2015 nuclear deal with six major powers but continue to cooperate with the UN nuclear watchdog according to state television.

The station cited a government spokesman as saying Iran would not respect any limits set down in the pact on the number of uranium enrichment centrifuges it could use, which meant there would be no limits on its enrichment capacity, the level to which uranium could be enriched, or Iran’s nuclear research and development.

On Sunday, Iraq’s parliament also called for US and other foreign military forces to leave amid a growing backlash against the killing of Soleimani.

The Iraqi parliament passed a resolution calling on the government to work to end all foreign troop presence.

“The Iraqi government must work to end the presence of any foreign troops on Iraqi soil and prohibit them from using its land, air space or water for any reason,” it said.