BREAKING: It’s Time To Accept The Fact That Nnamdi Kanu Controls The Eastern Region Both Home And Abroad – Fani-Kayode 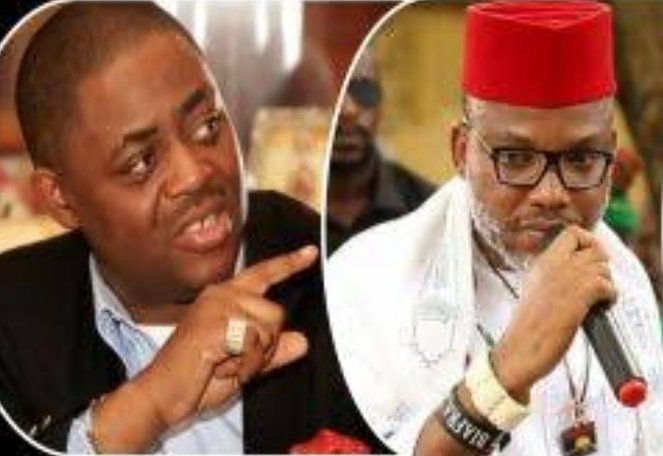 SAHARANEWS – The former aviation minister under Goodluck Jonathan , Chief Femi Fanikayode has once again charge the people of eastern Nigeria to accept the fact that Mazi Nnamdi Kanu the Leader of the Indigenous people of Biafra (IPOB) is completely in charge of the territory.

Chief, Fanikayode said this while reacting to IPOB protest in Japan.In a statement received by Southern Dailies on Monday the marveled at the level of Obedience and loyalty accord the IPOB leader by the people.

According to him when ever Nnamdi Kanu gives a command , be it home or abroad it is obeyed to the later.

He therefore warned that someone with such command could no be regarded as being irrelevant or ignored.

He said, see statement below,

He orders his men to protest in Japan and they do.

He orders his men to protest in Nuremberg and they do.

He orders his men to boycott elections and they do.

He orders his men to shut down the east and they do.

Does anyone still think Mazi Nnamdi Kanu is not relevant?

BREAKING: Buhari Still Nowhere To Be Found In Japan, Found Only On The Pages Of Nigeria Sponsored Newspapers – IPOB