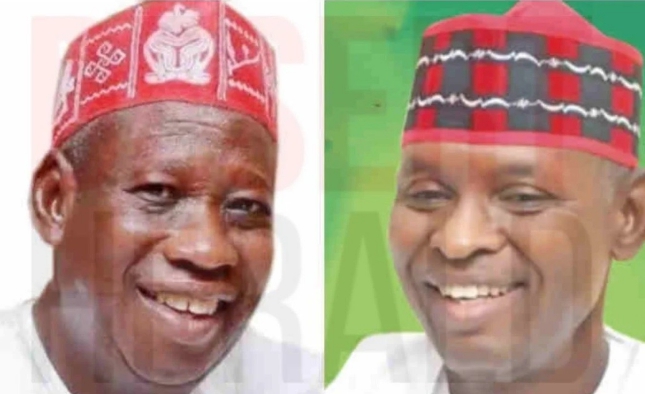 SAHARANEWS – The aftermath of almost all Nigerian election always carries with it, some weight of dissension amongst political parties as many of them as refused to accept the announced result of the electoral umpire, INEC.

In Kano state the case of the election has shown to be highly controversial as various group as ascertain violence in many parts of the voting centres in the state.

The People’s Democratic party, PDP has revealed during the election that, through their state party chairman choose to reject the results of the election,

stating that in the previous election they were wining 33 out of the 34 local government in the state and it was the deputy governor, who intruded the last local government with thugs to snatch ballot box.

ALSO READ:  JUST IN:Wike urges APC govs to own up to FG’s failure.

Hence, the PDP has denounced its agreement to the supplementary election conducted by INEC in the state that it was neither free nor fair.

As PDP decides to take the matters to court, 120 lawyers have vowed to voluntarily stand for the governorship candidate of the Peoples Democratic Party, PDP, in Kano State,

Engr Abba Kabir Yusuf, to challenge the victory of the incumbent governor of the state, Abdullahi Umar Ganduje, in court.

Umar said thuggery, vote-buying, lost of lives and other election misconducts were witnessed in almost all the polling units where the re-run was conducted.

Independent National Electoral Commission INEC for what they described as stolen mandate and abuse of democracy.

He noted that they have all the necessary evidences to support their case to ensure that court nullify the re-run election and mandate INEC to declare Engr Abba Kabir Yusuf the winner.

Thepointernews reported that Abba Kabir-Yusuf, governorship candidate of the Peoples Democratic Party (PDP) in Kano State had rejected the result of the election.

Governor Umar Ganduje of the All Progressives Congress (APC) won the keenly contested poll with a total difference of 8,892 votes.

Before the elections were declared inconclusive, PDP was leading with 1,014,474 votes, while APC had secured 987,819 votes.

In his official reaction through his spokesman, Sanusi Bature Dawakin-Tofa, Kabir Yusuf, said he and the party would challenge the outcome of the election in court.