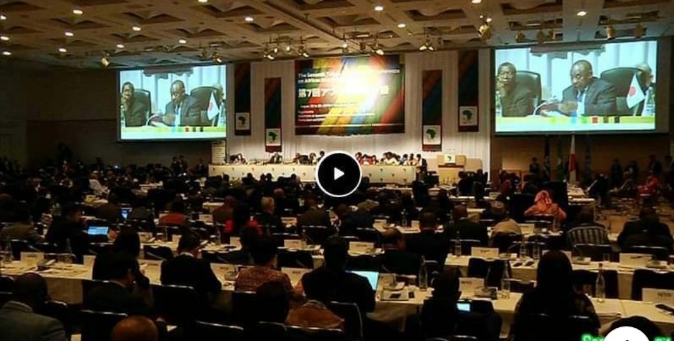 SAHARANEWS – The South African government had earlier posted a video of their President arrived in Japanese airport and later shared another video of the President chairing a committee at the TICAD7.

Nnamdi Kanu had earlier requested the media aides in charge of the Japan Trip coverage to convince Nigerians and the general public with a video to clear the doubt that the President is participating in the ongoing TICAD7 in Yokohama, Japan.

ALSO READ:  Our mission on earth is to restore Biafra — Nnamdi Kanu's brother

Though, the video of President Cyril Ramaphosa, as re-shared by IPOB leader had no text explaining why it was shared.