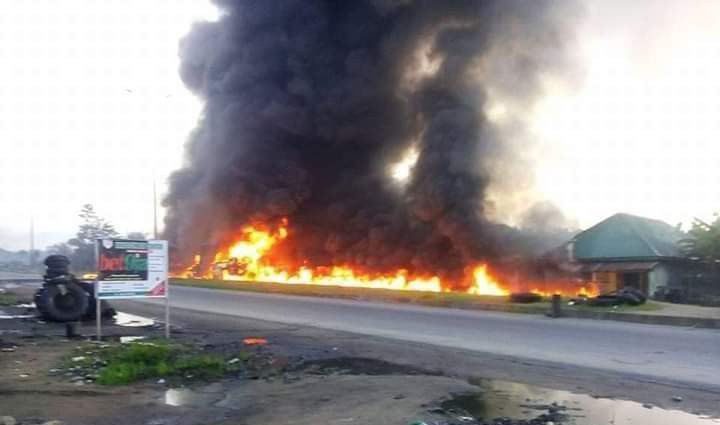 Many persons are feared dead and others injured in a gas explosion in Rivers State.

Number of casualties are yet to be ascertained, said eyewitness who noted that the explosion was caused by a truck loaded with Petroleum products hit which hit a container while trying to dodge a police checkpoint.

“Many lives are lost,” said Ikechukwu Nba, who said efforts are being made not quench the fire.

No statement is made by the state authorities about the incident.