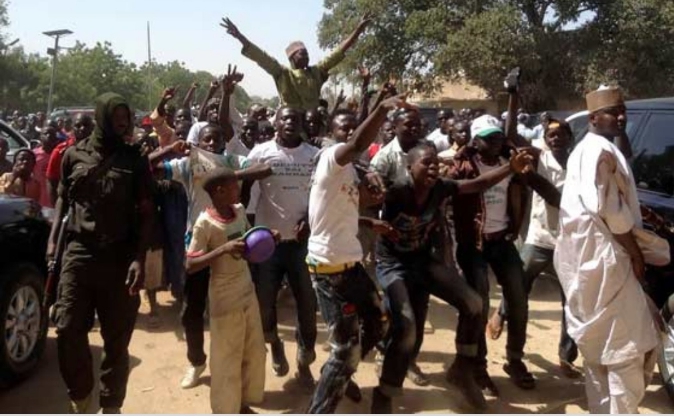 SAHARANEWS – The Middle Belt Forum’s Youth Wing has fired back at retired police commissioner, Alhaji Abubakar Tsav over claims that the Middle Belt Region is part of the Northern Nigeria.

This is coming in responds to an interview by the retired police commissioner, as they claimed no sense of continuity with the north whom they said is persistently seeking their total destruction and annihilation by abetting the invasion of their communities, raping their women, killing, maiming and displacing their people into Internally Displaced Persons (IDP) camps for the sole purpose of taking over their ancestral lands and enslaving our people.

In a statement signed by Emmanuel Zopmal, National leader of the Forum’s youth wing responding to Alhaji Abubakar Tsav had warned the wind and insulted management and people’s collective sensitivities of the Middle Belt Region by claiming that the Middle Belt cannot be separated from the core North.

”We are not surprised at Tsav’s position, having traced his antecedents of mental slavery to the core Northern oligarchy. Sadly, our discovery shows that Tsav rose to the position he occupied within the Police Force through such sycophancy and betrayal of his people all through. It is therefore not surprising that, even in his old age, he has demonstrated that indeed old habits never die.

“Ordinarily, we would not have bothered to comment on Tsav’s baseless claims. However, for the purpose of putting the record straight, we wish to remind him that he is in the least competent to comment on the affairs of the Middle Belt as he has never at any time acknowledged himself as a member of the Forum, nor has he shown any impact or contribution towards the course of the Middle Belt struggle. On the contrary, his posture has always been that of a spoiler and an adversarial collaborator who is always in a hurry to execute the agenda of his paymasters to the detriment of the Middle belt People.”

The youth explained that in Tsav’s ill-motivated interview, one of the claims by Tsav is that the Middle Belt can never be separated from the Core North.

“How laughable this is! For the avoidance of doubt, let it be sounded loud and clear to Tsav and his paymasters that the Middle Belt Region is never and will never be part of the North.

“There is no sense in continuing being together with a people who persistently seek our total destruction and annihilation by abetting the invasion of our communities, raping our women, killing, maiming and displacing our people into Internally Displaced Persons (IDP) camps for the sole purpose of taking over our ancestral lands and enslaving our people,” the youth explained.

“After all, we have gone past this stage. To put the records straight, Tsav and his ilk should know too well that the amalgamation of 1914 only coerced ethnic nationalities of different regions into a nation called Nigeria.

“Over 100 years after, it is clear that this unity must be renegotiated for us to appreciate and mutually respect our diversities where justice, equity and fairness will be upheld or we go our separate ways. Tsav is too small to wish for a forced union that is hinged on abuse and illegality.

“We also need to remind Tsav and other detractors of the Middle Belt Movement that the Middle Belt identity is as old as the Nigerian nation. If the former police commissioner is a good student of history, he ought to be conversant with the factors that necessitated the constitution of the Willink Commission and the recommendations thereof.

ALSO READ:  Mama, You Made My Dream Come True - A Heartfelt Thank You Message From Corper To Her Banana Seller Mother (Photos)

“If he is not conversant with this history, we advise him to seek help and be properly schooled by those that are knowledgeable, provided he has not yet slipped into a state of senility,” the statement observed.

“We view Tsav’s claim as sheer mischief deliberately anchored to mislead undiscerning members of the public. We and indeed, the teeming people of the Middle Belt, know that both Dr Pogu and Dr Dogo are widely known and respected leaders of the MBF, but who does Tsav speak for? Surely, it is obvious that Tsav is unknown to the people of the Middle Belt and can never be our voice,” the statement explained calling on total disregard of Tsav’s position. 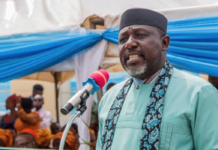 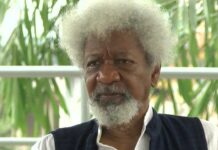 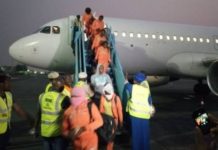 ‘Ijaw Is Biafra, Not Niger-Delta, Not South-South’ — Ijaw Man Replies...