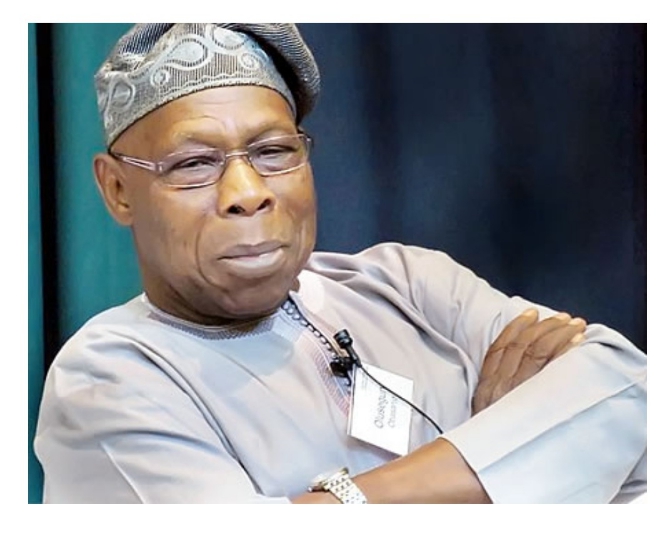 ‘If you appease Miyetti Allah, you must appease others’- OBJ

SAHARANEWS – My lord Bishop, distinguished ladies and gentlemen, if you ask me and if I am permitted to… once again air my views, I will, without hesitation recommend that we go back to that number one concept in human behaviour, which is ‘Politics’, and on the part of the leaders and the led, politics matters most.

Politics here embraces governance, political will, political economy, economy itself and understanding global situation as it impacts on the fortune of our nation, and the welfare and well-being of our people individually and collectively. Leadership is the bases of our politics. If politics is right, the other four Ps of population, prosperity, protection which is security and partnerships will invariably be got right.

In economy which must mean prosperity for all, government must get out of temptation of over-borrowing and consequent devaluation trap. What have we gained from moving Nigerian currency value from one naira to almost two dollar to 360 naira to one dollar in one generation – impoverishment?

Every issue of insecurity must be taken seriously at all levels and be addressed at once without favouritism or cuddling. Both Boko Haram and herdsmen acts of violence were not treated as they should at the beginning. They have both incubated and developed beyond what Nigeria can handle alone. They are now combined and internationalised with ISIS in control.

It is no longer an issue of lack of education and lack of employment for our youth in Nigeria which it began as, it is now West African fulanisation, African islamisation and global organised crimes of human trafficking, money laundering, drug trafficking, gun trafficking, illegal mining and regime change. Yet we could have dealt with both earlier and nib them in the bud,

Boko Haram boys were seen as rascals not requiring serious attention in administering holistic measures of stick and carrot. And when we woke up to the reality, it was turned to industry for all and sundry to supply materials and equipment that were already outdated and that were not fit for active military purpose.

Soldiers were poorly trained for the unusual mission, poorly equipped, poorly motivated, poorly led and made to engage in propaganda rather than achieving results. Intelligence was poor and governments embarked on games of denials while paying ransoms which strengthened the insurgents and yet governments denied payment of ransoms. Today, the security issue has gone beyond the wit and capacity of Nigerian government or even West African governments. The Economist Magazine of May 4, 2019, p. 15, has this to say:

“The conflict is spread across a broad expanse of Africa, from Somalia in the east to the Atlantic Ocean in the west. It is concentrated in some of the poorest countries on Earth, where it is fuelled by bad governance. Some of these states barely control much of their own supposed territory. Many jihadist recruits come from ethnic minorities, such as the Fulani, who see officials as alien and predatory. Many join up after being beaten or robbed by police.

Global warming, meanwhile, has withered pastures, intensifying conflict over land. These pressures are most keenly felt in the Sahel, on the southern fringe of the Sahara desert. In Mali, Burkina Faso and Niger, the number of people killed by jihadists has doubled in each of the past two years, to more than 1,100 in 2018. In the Sahel as a whole, some 5,000 have been killed in the past five months. In the area around Lake Chad, some 2.4m people have fled from attacks by Boko Haram, a group that straps bombs to children. The number of jihadist groups in the Sahel has multiplied, from one in 2012 to more than ten at the last count by America’s defence department.”

But all the same, our charity must begin at home. Government must appreciate where we are. Summon each group that should make contributions one by one and subsequently collectively seek the way forward for all hands on deck and with the holistic approach of stick and carrot. There should be no sacred cow.

Some of the groups that I will suggest to be contacted are: traditional rulers, past heads of service (no matter how competent or incompetent they have been and how much they have contributed to the mess we are in), past heads of para-military organisations, private sector, civil society, community leaders particularly in the most affected areas, present and past governors, present and past local government leaders, religious leaders, past Heads of State, past intelligence chiefs, past Heads of Civil Service andrelevant current and retired diplomats, members of opposition and any groups that may be deemed relevant.

After we have found appropriate solution internally, we should move to bilateral, multilateral, regional, continental and global levels. With ISIS involvement, we cannot but go global. Without security and predictable stability, our development, growth and progress are in peril. Let me hasten to add that we must be at the appropriate seat at the table of international discourse, deliberations, agenda and action.

That Nigeria from independence has always been in the forefront of any continental initiative, decision, action or programme has put us in some form of leadership position. For Nigeria to be outside the African Continental Free Trade Zone Agreement when it automatically came into effect with twenty-two-nations’ ratification is to say the least unfortunate.

If we get the politics correct, every other human activity would fall into place: culture, ethics, way of life and adherence to rule of law/equality before the law/ruthless application of the law, economy, education, defence and security, etc. I hold the view that it is because we have not been able to get the politics of our coexistence right that nearly sixty years after independence we are still battling to answer the most basic questions involved in nationhood.

I think it is like a building, which once the foundation is faulty, becomes wobbly with the tiniest turbulence. Consequently, the issue of nationality identity, values, ethics and national dream must be settled once and for all. This may require a global national meeting.

If Miyetti Allah is truly encouraging herdsmen violence and killings and truly they have to be appeased or placated with 100billion naira and they are equated to Afenifere, Ohaneze Ndigbo, etc, then we have to appease those other organisations similarly or be ready to allow them to unleash havoc of their own.

We need politics of a united Nigeria for all Nigerians – not one for Yoruba, one for Ibo, one for Hausa-Fulani, one for Ijaw, one for Nupe, one for Tiv, one for Kanuri and one for Isoko. If we fail to do this, I am afraid all the EFCC, ICPC, Plans and Strategies and the rest of the political re-engineering and manoeuvres such as creation or contraction/merger of states, forms of government, attempts at ethical re-orientation, constitutional amendment, etc, may not usher in the much desired peace, stability, national development, and of course, improvement in the quality of life of the majority of Nigerians.

We shall merely be going round and round in circles which has been our lot since independence.We must move away from taking two steps forward followed by one and two or three backwards. Let us continue to build positively on existing structure. If the issue of politics and governance is firmly settled, the issue of development, stability, growth and progress will constitute no problems because humans, materials and funds will be mobilised internally and externally for the good of all and all will be partners, stakeholders and defenders of our common wealth.

There are some of assumptions in our Constitution that time has shown are too presumptuous and we have to deal with this issue of assumptions; either those assumptions are clearly spelt out with ways and means to live up to them or to amend our Constitution in accordance with our inability to live up to those assumptions. When all these are done, mobilisation of everything we have and which we can muster will be easy for our development, stability, growth and progress.

What is the roadmap for economic development? If we have one, it may not be well spelt out or well known. But let me in drawing to conclusion suggest a five-point strategy as follows:

Commodity, agriculture and mineral b. Infrastructure c. Manufacturing d. Services e. Fourth, industrial revolution.
These can be fleshed out in details and must be accepted as national programme and strategy to be followed and actualised by any government for the welfare and well-being of the people.