BREAKING: “If Any Biafran Die As A Result Of Operation…

BREAKING:Serious Tension in Abia as Gunmen Kill One… 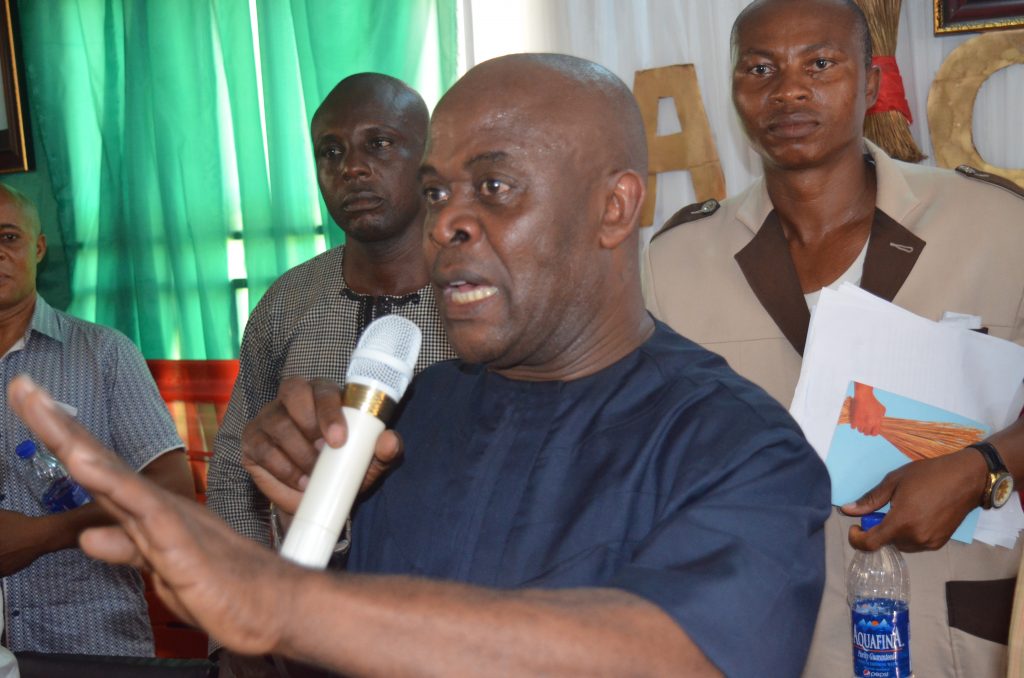 SAHARANEWS – The Abia state Chairman of the All Progressives Congress (APC) Hon. Donatus Nwankpa has been kidnapped by gunmen in Umuahia.

A family member who spoke to SaharaNews in a telephone conversation said, Nwankpa was abducted by heavily armed gunmen around 10pm yesterday on the Isialangwa section of the Enugu-Aba Expressway while going to Aba from Umuahia in preparation for President Muhammadu Buhari’s visit to the state today.

Chief Nwankpa was abducted alongside with his Driver Ibeto and assistant, Chigbu who were with him in the car.

Another source told SaharaNews that Chief Nwamkpa visited the Keystone bank severally yesterday and withdrew over fifty five million naira from the account of one of the party’s senatorial candidates yesterday.

The source said, Nwankpa disbursed some of the money in the Bank to committee members and suppliers for the event and left with some of the cash to Aba, which may have attracted the criminals.

However, the APC in Abia state has accused governor Ikpeazu and the People’s Democratic Party (PDP) of masterminding the abduction of it’s chairman to cause confusion and distabilise arrangements for President Buhari’s visit.

A Chieftain of the party said “Governor Ikpeazu, Nigeria’s Minister of Industry, Trade and Investment, Okechukwu Enelamah, and PDP are jittery over the fast rising profile of APC in the state since the leader of the party, Dr. Orji Uzor Kalu returned back to the state. This is how they sent thugs to shoot a senatorial candidate in Abam few weeks ago, they are panicky because they know their time is up as the people are ready to vote them out during the coming elections,” the APC chieftain said.

ALSO READ:  JUST IN: Nothing good will ever come out of BUHARI - gov Wike

Another Chieftain of APC however assured party faithfuls and Abians in general that there was no cause for alarm as everything was in place to give the president a befitting reception today.

SaharaNews had earlier reported of alleged plot by the governor and PDP to cause mayhem during the President visit, which was also debunked by the government, saying governor Ikpeazu is a democrat who believes in level playing ground for all.

All efforts to obtain reaction from the Abia state commissioner for Information, John Okiyi Kalu was abortive as calls and sms to his line were not replied.